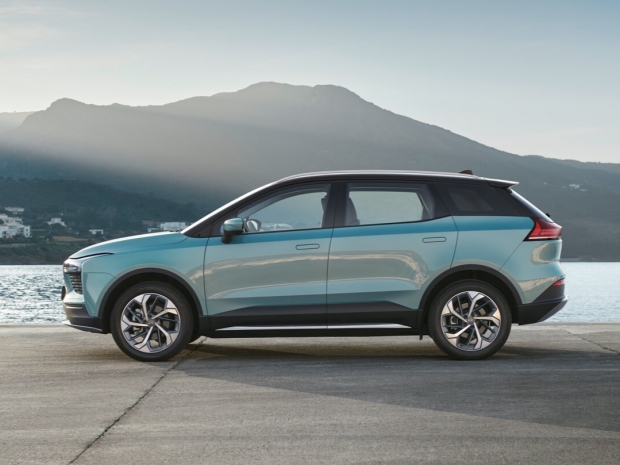 AIWAYS’ says that its sandwich structure battery places an isolation plate between the battery module and the cooling plate, making it impossible for leaking coolant to enter the module, even after a substantial impact. The structure also provides partial insulation, reducing the rate of heat transfer between the external environment and the battery module.

Unlike outer battery technology which alwasy seems cool, and never appears to be released, AIWAYS completed its winter testing where it had exceptional performance in comparison with other automotive battery systems, and meant the U5 all-electric SUV was able to achieve a real-world range of close to 300 km at below 0 degrees Celsius on its 15,000 kilometer engineering drive from China to Germany last year. The U5 engineering drive completed by AIWAYS set a new world record for the ‘longest journey by an electric vehicle (prototype)’.

The AIWAYS sandwich battery pack has undergone 580 rigorous tests, far more than the 51 tests required by the Chinese national standard. To ensure the safety and reliability of the battery pack, tests have covered electrical, chemical and physical elements, including short-circuit tests, extreme heat and frost tests and starting the battery at high and low temperatures.

With a capacity of 63kWh, the battery unit in the U5 is capable of delivering enough charge to cover more than 400km according to the WLTP. For the ultimate convenience, the U5’s battery can be rapid-charged from 20 percent to 80 percent in just 40 minutes using a DC charger. It can also charge from 10 percent to 95 percent in less than eight hours using a (6.6kW Type 2) AC charger for overnight recharging.

AIWAYS own electric car should be in Europe soon and we expect it will sport its new sandwich battery.

Last modified on 04 May 2020
Rate this item
(1 Vote)
Tagged under
More in this category: « Automatic slips out of gear Intel set to buy Israeli car start up »
back to top