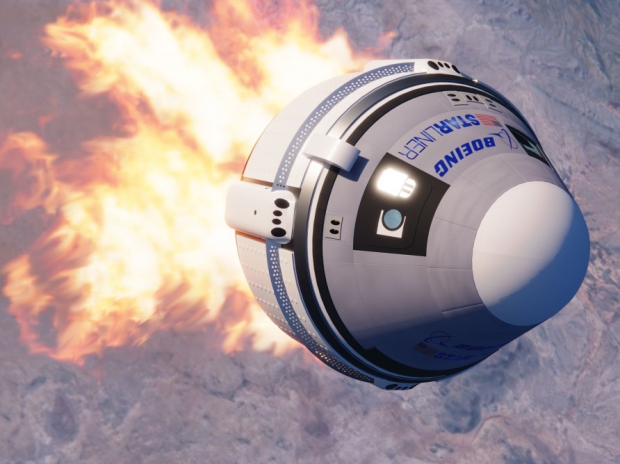 Apparently, it may not be up to snuff

A second software problem during a CST-100 Starliner test flight is prompting a NASA safety panel to recommend a review of Boeing's software verification processes.

Space News reports: That new software problem, not previously discussed by NASA or Boeing, was discussed during a 6 February meeting of NASA's Aerospace Safety Advisory Panel that examined the December uncrewed test flight of Starliner that was cut short by a timer error.

That anomaly was discovered during ground testing while the spacecraft was in orbit, panel member Paul Hill said. "While this anomaly was corrected in flight, if it had gone uncorrected, it would have led to erroneous thruster firings and uncontrolled motion during [service module] separation for deorbit, with the potential for a catastrophic spacecraft failure."

The exact cause of the failure remains under investigation by Boeing and NASA, who are also still examining the timer failure previously reported.

Those problems, Hill said, suggested broader issues with how Boeing develops and tests the software used by the spacecraft. "The panel has a larger concern with the rigour of Boeing's verification processes", he said.

The panel called for reviews of Boeing's flight software integration and testing processes. "Further, with confidence at risk for a spacecraft that is intended to carry humans in space, the panel recommends an even broader Boeing assessment of, and corrective actions in, Boeing's [systems engineering and integration] processes and verification testing."

The panel added that all those investigations and reviews be completed as "required input for a formal NASA review to determine flight readiness for either another uncrewed flight test or proceeding directly to a crewed test flight."

Boeing’s software has been under scrutiny with a fine-tooth scrutiny lately, after its 737 Max’s started dropping out of the sky.

Boeing Co. engineers have discovered a new software problem on the grounded 737 Max that must be patched before the plane can return to service, Federal Aviation Administration chief Steve Dickson said.

A light indicating that the stabiliser trim system wasn't working properly "had been staying on for longer than the desired period", Dickson said.

The issue involves an alert designed to warn when the so-called trim system, which helps raise and lower the plane's nose, isn't working properly.

The trim alert problem resulted from Boeing's redesign of the two flight computers that control the 737 Max to make them more resilient to failure, the two people said.

Last modified on 07 February 2020
Rate this item
(0 votes)
Tagged under
More in this category: « Volkswagen rolls out the battery-electric Golf eR1 SpaceX Crew Dragon could take off with humans on board »
back to top