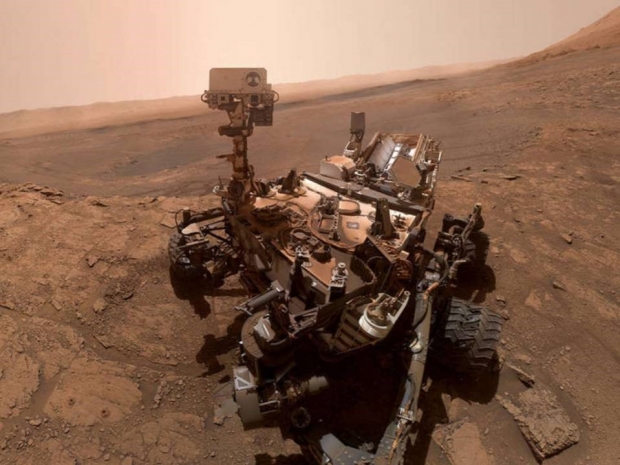 NASA reports that Curiosity has suffered a system failure that left the robot unaware of its position and attitude on the red planet – much like Fudzilla readers on a Friday morning.

Until it recovers, Curiosity is frozen in space and place. Mars is far enough away that we can't directly control Curiosity in real-time -- the rover gets batches of commands and then carries them out.

That means it needs to have precise awareness of the state of all its joints, as well as environmental details like the location of nearby obstacles and the slope of the ground. This vital information ensures the rover doesn't bump anything with its arm or clip large rocks as it rolls along.

Curiosity stores all this attitude data in memory, but something went wrong during operations several days ago.

As the rover was carrying out its orders, it suddenly lost track of its orientation. The attitude data didn't add up, so Curiosity froze in place to avoid damaging itself.  Odd really my computer gave three beeps this morning and I froze in place too.  Fortunately turning off and on again helped -- my computer, not Curiousity.

While the rover is physically stuck in place, it's still in communication with the team here on Earth. Since everything else is working on the rover, NASA was able to develop a set of instructions that should get the rover moving again.

When transmitted, the data will inform Curiosity of its attitude and confirm its current state. This should allow the rover to recover and keep performing its safety checks. However, NASA also hopes to gather data on what caused the issue in the first place. The hope is they can avoid another freeze-up in the future.

Last modified on 24 January 2020
Rate this item
(1 Vote)
Tagged under
More in this category: « Amazon orders 40 electric delivery vans NASA asks kids to name the next rover »
back to top