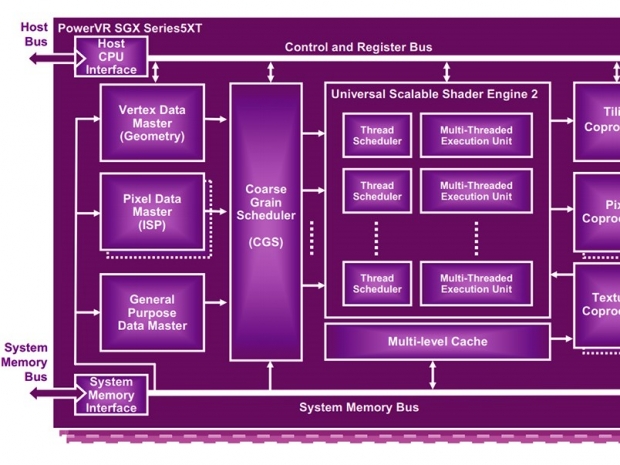 Headed for the car industry

Leanne Lee, Future Strategy Group Leader, Telechips, said: “We selected Imagination’s PowerVR Series9XTP GPUs for two reasons – PowerVR’s extensive history and experience in the automotive industry and its GPU virtualization capabilities. We needed a vendor that understood the unique challenges faced by the automotive market, and that offered a cost-efficient, flexible and futureproof solution, with the robustness needed for the target market. We found all of that in PowerVR and we look forward to collaborating with them on other automotive-focused projects in the future.”

The PowerVR architecture also offers the additional benefit of an extensive tool suite for debugging and tuning.

Nigel Leeder, Executive Vice President, PowerVR, Imagination, said: “GPU virtualisation is a must-have for automotive. GPUs that implement hardware virtualization can provide isolation between the various applications/OSs for increased security, as well as maximum utilisation of the underlying GPU hardware. We’re delighted to be working with Telechips on its next-generation SoCs and look forward to further future collaborations.”

PowerVR Series9XTP, based on the Furian architecture, is Imagination’s most recently announced GPU family. Key improvements over the previous generation include:
• Up to 50 per sent fps/mm2 density increase
• Extensive PPA optimisation throughout the design, including low-level architectural tuning
• ALU-width up to 40-wide per cluster for a significant increase in FLOP density
• Reduced bandwidth usage through PVRIC4 and micro-architectural cache tuning
• YUV sampling and filtering speed-up

Last modified on 18 June 2019
Rate this item
(0 votes)
Tagged under
More in this category: « Sun sets on VW’s Aurora deal. Boeing wants to save cash by reducing physical testing »
back to top