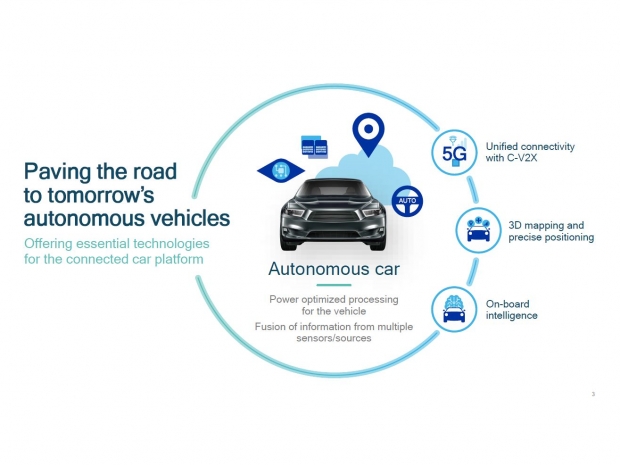 5G is just around the corner in the phone form factor and Qualcomm has now said that OEM devices can be expected in early 2019.

It might take a bit longer for cars as this requires a different set of testing, but Qualcomm  officially announced on its FY Q3 2018 conference call that we can expect 5G enabled cars in 2021. This confirmation comes from Steven M. Mollenkopf, the CEO. Globally it is expected that many carriers around the world will have 5G at least by 2020. Most advanced carriers, including the major US players, will start testing in 2019 and the car industry thinks that 2021 might be the year for them to jump into this faster era.

Bear in mind that the automotive industry has a different pace for innovation compared to the IT/telecom/carrier world. It takes three years to do a facelift on an existing model of a car and an average six years to launch a new updated model.

Remember in the automotive industry it won’t be all about super-fast download speeds. With mobile and stationary Internet 5G NR you can expect up to 4.51 Gbps and potentially much faster speeds. The important part of the equation is low latency, something that a super computer that you used to call a car will have in the future.

V2X can change things in ADAS

At some point  V2X (Vehicle to everything) will play an important part in the path for autonomous vehicles. 5G will be the connectivity of choice and it will enable some bandwidth-consuming content such as 3D maps. The low latency will enable better positioning and more importantly, improve the on-board intelligence. Sensors will be fused inside of the car but again, sometimes the external information provided by 1 ms latency capable 5G connectivity will play a big role.

There will be a C-V2X standard release 16 expected in 2019 to support less than 1 ms low latency direct communication -  a significant improvement from 4 ms possible with release 14 of the standard available today.

Tesla customers are used to getting their car software update over the air and that is a 4G solution and a modern car is expected to have fast connectivity too.

Last modified on 27 July 2018
Rate this item
(0 votes)
Tagged under
More in this category: « Ford spends fortune on autonomous cars Tesla is now the king of the mid-range cars »
back to top