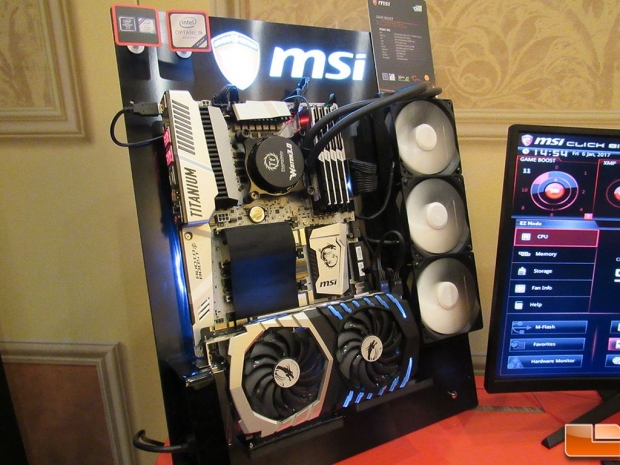 With a single push of a button

MSI has managed to take its automatical CPU overclocking to a whole new level as the Game Boost feature on its Z270 motherboards is capable of pushing Intel's Core i7-7700K to 5.2GHz with a simple push of a button.

According to a report coming from Legitreviews.com, which had a chance to check out a demo system based on MSI's Z270 XPower Gaming Titanium motherboard and an Intel Core i7-7700K CPU, MSI's latest Game Boost feature works like a charm, allowing it to automatically overclock the Core i7-7700K to 5.2GHz when liquid cooled.

MSI claims that the same feature was tested on "several hundred" different Intel Core i7-7700K CPUs and had no issues with any of them. According to MSI, a high-quality liquid cooler is required in case you want to hit such high frequency as well as a good memory kit, as while the CPU overclocking shouldn't be impacted by the memory, it is still pretty important.

The demo system included the MSI Z270 XPower Gaming Titanium motherboard, G.Skill's F4-4000 DDR4 memory kit, and a Thermaltake Water 3.0 Ultimate liquid CPU cooler with triple-fan 360/420mm radiator. During the demonstration, the system managed to get a stable 5.2GHz overclock by setting the Game Boost to 11. This CPU voltage was set to work with 52x 100MHz multiplier/base-clock setting with a voltage set at 1.507V.

It appears that MSI made sure that the overclocking is quite simple on its new Z270 series motherboards which should allow some users to squeeze some extra performance. 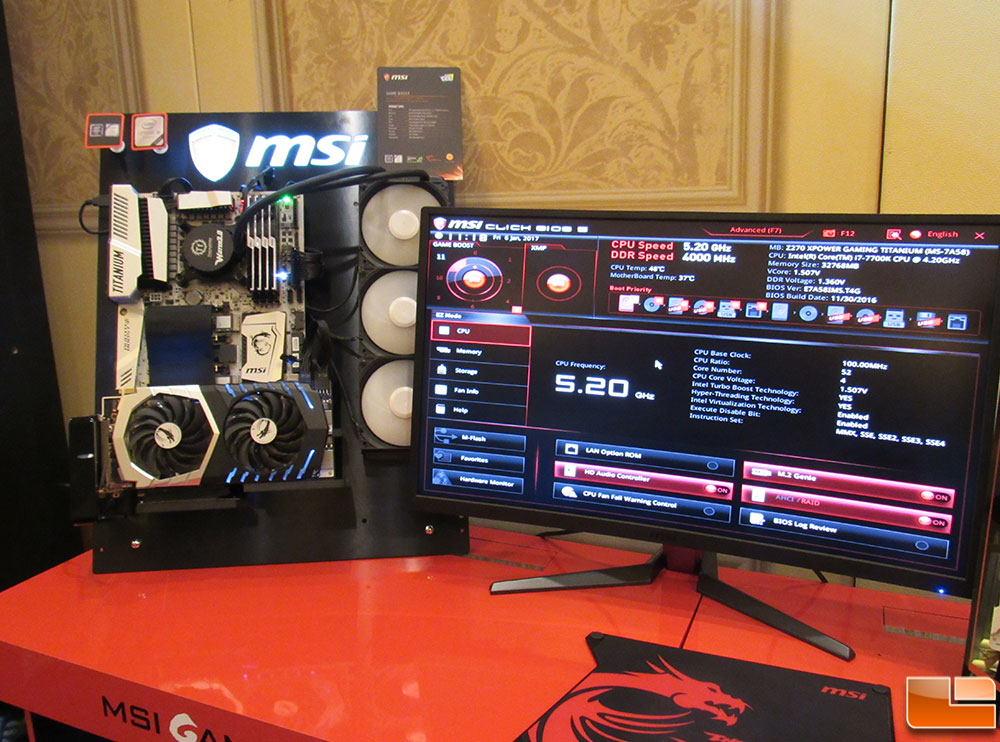 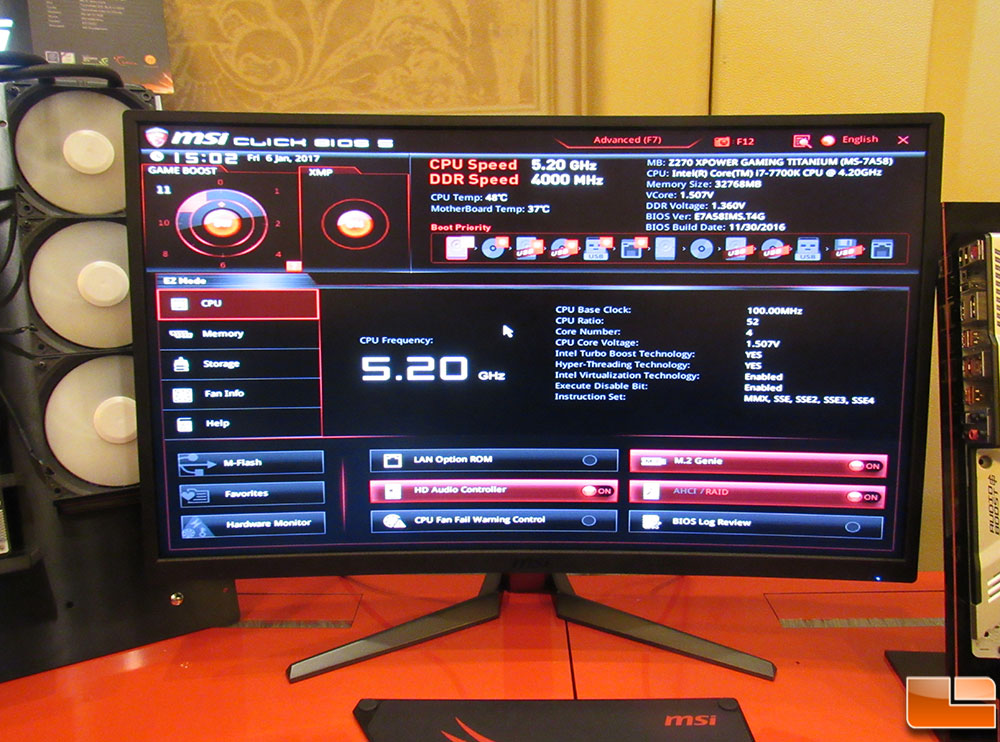 Last modified on 17 January 2017
Rate this item
(0 votes)
Tagged under
More in this category: « EVGA unveils its new Intel Z270 motherboards at CES 2017 Google about to give Raspberry PI a brain »
back to top