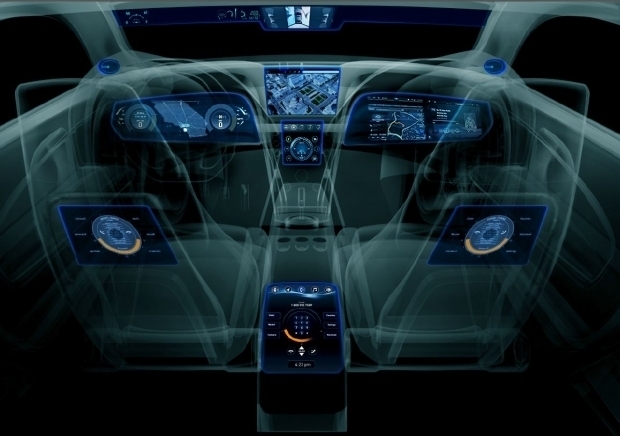 Who would have thought that people who are covering computer graphics would start writing about the automotive industry. Each car of the future is going to get a self-driving ADAS system, powered by a SoC that is wrapped around a strong CPU and GPU. Nvidia announced at CES 2017 that it just scored both Mercedes and Audi automotive deals.

In the past week, Nvidia announced that it scored an ADAS (Advanced Driver Assistance Systems) deal with both Audi and Mercedes, both known as premium car manufacturers. Nvidia already announced that each Tesla S and the future model 3s are coming with the Nvidia Drive PX platform.

Audi plans to put advanced AI cars on the road starting 2020. Nvidia’s founder and CEO Jen-Hsun Huang, joined on stage by Audi of America President Scott Keogh, announced that the future Audi car models will use deep learning to tackle the complexities of driving.

Jen-Hsun Huang said: "NVIDIA is pioneering the use of deep learning AI to revolutionize transportation. Audi's adoption of our DRIVE computing platform for AI cars will accelerate the introduction of next-generation autonomous vehicles, moving us closer to a future of higher driving safety and new mobility services."

The President of Audi America Scott Keogh added: "Audi drivers know the pinnacle of performance and technology. In our mutual pursuit for safer roads, the partnership between Audi and NVIDIA will expand to deep learning and artificial intelligence to bring higher automation onto the road more quickly."

Audi showed the Audi Q7 car with a piloted driving concept at CES 2017 but we didn’t get time to experience it. Passengers will be able to ride in the vehicle's back seat, with no one behind the wheel.

Being European, it hurts me to say that Mercedes and Audi are not the most reliable cars on the street but they definitely offer quite a lot of comfort that comes at a price. Fudzilla invested a vast amount of time studying and researching about ADAS, automotive self-driving systems and solutions, LIDAR, camera systems and sensors that will one day drive us on the streets of western civilization.

The self-driving revolution starts in 2020, which is only three years from now. We’ve seen a vast majority of AI cars on the street from Google and Nvidia to Audi, Uber and dozen other car and IT companies.

NVIDIA CEO Jen-Hsun Huang and Mercedes-Benz Vice President of Digital Vehicle and Mobility, Sajjad Kahn went on stage at Mercedes-Benz Booth announcing that both companies plan to work closely together on the self-driving car.

Outfitted with a DRIVE PX 2 and running NVIDIA DriveWorks software, the Q7 uses deep neural networks -- specifically, NVIDIA PilotNet, which recognizes and understands its changing environment while driving safely. Audi is one of the first companies to use Nvidia solutions in an automotive for infotainment MMI navigation as well as the virtual cockpit. Still, the fact that Nvidia lost the world’s biggest car manufacturer VW, Volkswagen, to Qualcomm, implies that Qualcomm is in much better shape to compete than it was originally. There will be a lot of competition in this market and Intel and MediaTek want a piece of the automotive action too.

Last modified on 24 April 2018
Rate this item
(0 votes)
Tagged under
More in this category: « Tesla to unveil its first semi-truck in September Qualcomm gets the Volkswagen automotive deal »
back to top