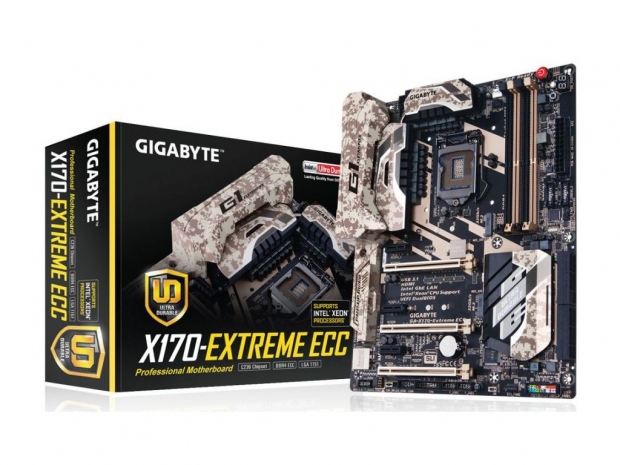 Based on C236 chipset and with DDR4 ECC memory support

Gigabyte has launched its new motherboard base on Intel's C236 chipset which comes with support for both Intel's Xeon E3-1200 V5 CPUs as well as DDR4 ECC memory.

Spotted by Techpowerup.com and based on a standard ATX form-factor, the new Gigabyte X170-Extreme ECC motherboard uses a gaming-oriented military color theme with black PCB white camo graphics and different color slots, despite the fact that it is based on a workstation-class chipset. In addition to the support for Xeon Skylake E3-1200 V5 CPUs and DDR4 ECC memory, the Gigabyte X170-Extreme ECC motherboard also supports all other Skylake Core CPUs.

Gigabyte managed to include a couple of high-end and gaming features with the X170-Extreme ECC motherboard, including a dual Gigabit Ethernet, based on Intel I219-V controller and Killer E2400 chip, Gigabyte's Creative SoundCore 3D audio with TI Burr Brown OPA2134 OP-AMP, Nichicon Muse electrolytic capacitors and ground-layer isolation and a dual-UEFI BIOS.

Unfortunately, Gigabyte did not reveal any details regarding the price so we'll have to wait for it to hit retail/e-tail. 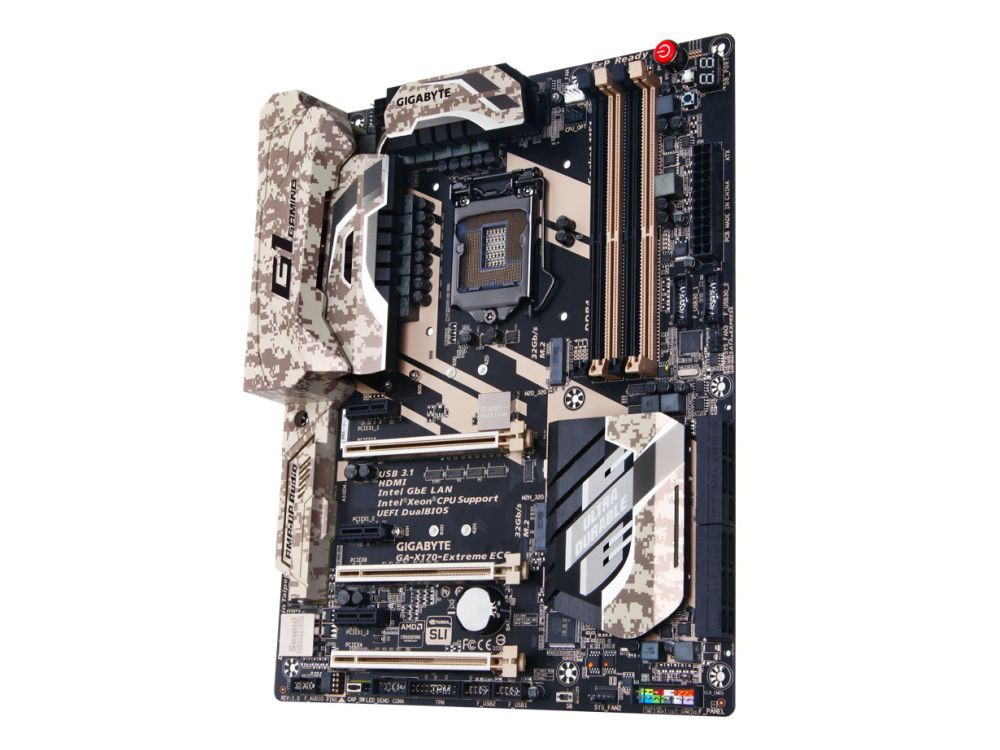 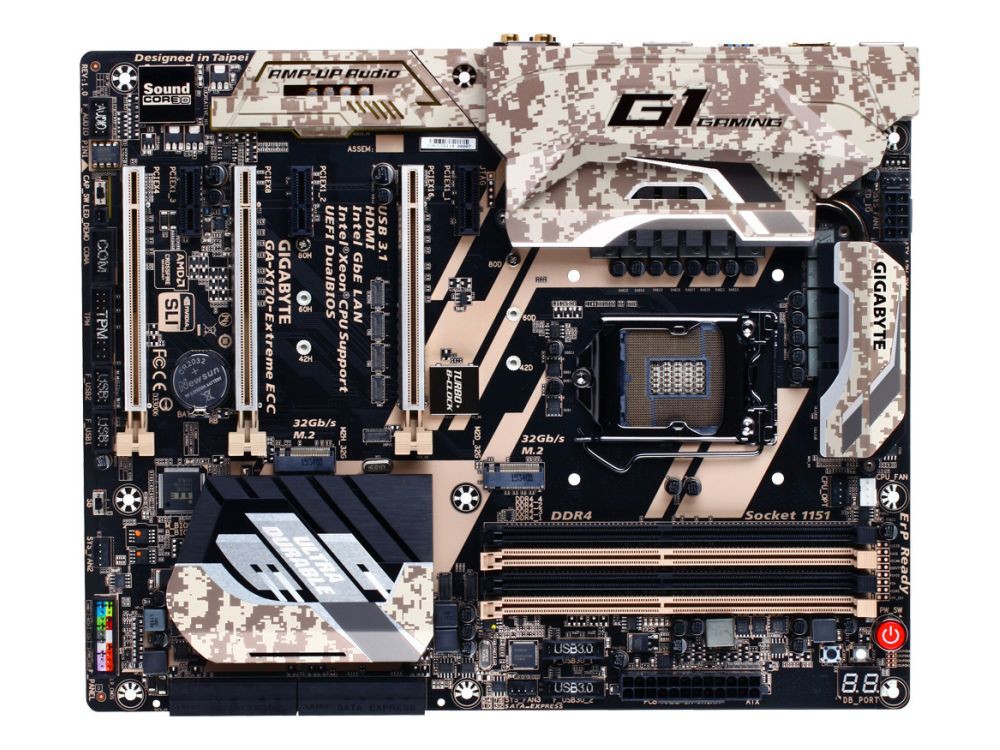