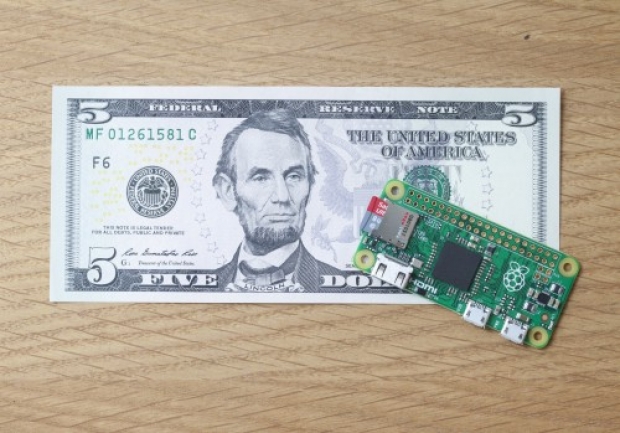 A new Raspberry Pi is in the shops for the grand sum of $5.

The chip is small – 65mm x 30mm x 5mm and runs Raspbian and all the usual applications, including Scratch, Minecraft and Sonic Pi.

It is available today in the UK from our friends at The Pi Hut and Pimoroni, and in the US from Adafruit and in-store at your local branch of Micro Centre.

The outfit is giving away a free Raspberry Pi Zero on the front of each copy of the December issue of The MagPi, which arrives in UK stores today. Which has to be the first free computer given away with a magazine.

Who would have thought when I was trying to learn code on a hugely over-priced Commodore Pet that you would ever be able to pick up a computer with a thousand times the spec free with a magazine.

Last modified on 27 November 2015
Rate this item
(4 votes)
Tagged under
More in this category: « Microsoft pulls Windows 10 support from Galileo Imagination comes up with new IoT development board »
back to top