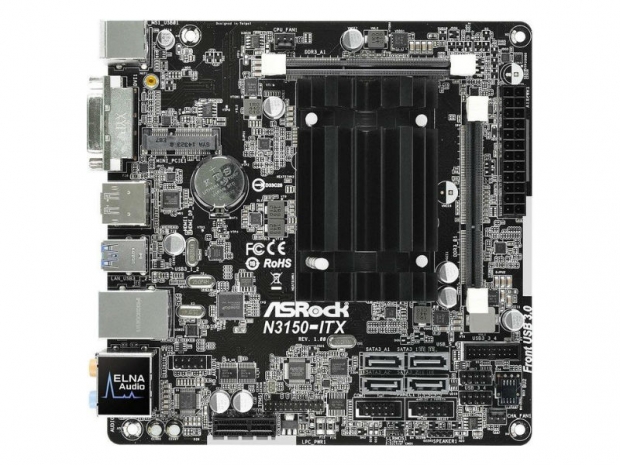 ASRock’s new integrated Braswell boards are coming and now we got a chance to see some listings in Euroland.

So far so good, because the range starts at about €70 for the entry level boards with the Celeron N3050 dual-core processor. The boards are available in mATX and ITX formats, with the former offering a few more expansion options (i.e. more PCIe slots), while ITX boards use DDR3 SO-DIMM instead of regular DIMM.

However, the basic recipe is the same – Intel’s extremely efficient 14nm Braswell silicon. The dual-core N3050 can hit 2.16GHz with a TDP of just 6W.

As far as the rest of the Braswell spec goes, all three parts mentioned here feature a base clock of 1.6GHz, support for up to 8GB of dual-channel DDR3L-1600 memory, and Intel HD Graphics with 12 to 16 execution units (EUs). The max GPU frequency is 700MHz for the 16 EU models and 600MHz for the 12 EU units.

While this may not sound like much, bear in mind that Bay Trail features only 4 EUs at somewhat lower clocks (up to 600MHz on most SKUs).

Of course, since we are dealing with 4W and 6W parts, we don’t expect to see any Braswell boards with active cooling.

Rate this item
(6 votes)
Tagged under
More in this category: « Gigabyte shows off dual socket workstation motherboard EVGA shows its Z170 motherboard lineup at Computex »
back to top