NUC getting Core i7, Skylake too 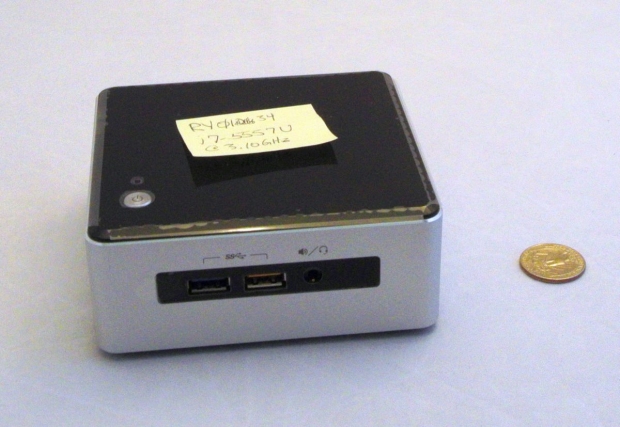 Next Unit of Computing growing up

Last week we had a chance to chat with Intel people in charge of NUC (Next Unit of Computing) small barebones desktop systems and we learned a bit about the future of this exciting concept.

The company plans to reveal a Core i7 version for the first time in NUC's history and this is happening in Q2 2015. It is officially named Intel NUC with Intel Core i7 Processor and 2.5-Inch Drive Support (NUC5i7RYH). It also accomodates M.2 drives, has integrated 802.11ac Wlan with Bluetooth 4.0 and a 2.5-Inch hard drive bay. You can plug a super-fast M.2 SSD drive as a primary system drive and a mechanical or hybrid 2.5-inch drive for a couple of terabytes  of internal storage.

Intel has told us that it is using the Broadwell-U 14nm dual-core Core i7 5557U that has a configurable TDP of 23-28W. Intel didn’t talk about the exact TDP of this CPU, but the company said that the unit has two cores, four threads and a 3.1GHz base clock.

It comes with Intel Iris Graphics 6100 graphics with 1.1GHz core clock and base GPU frequency of 300MHz and 48 EUs. Once it launches it comes with mini HDMI 1.4a, DisplayPort 1.2 for 4K resolution, Gigabit LAN, four USB 3.0 two at the front and two at the back. Intel didn’t talk about the pricing of this unit. We expect the Core i7 based NUC5i7RYH to end up close to $499 in retail, but this is just the price that makes sense to us, and was not confirmed by Intel at this time. We got the picture of the NUC5i5RYH Core i5 based motherboard and as you can tell, its tiny. 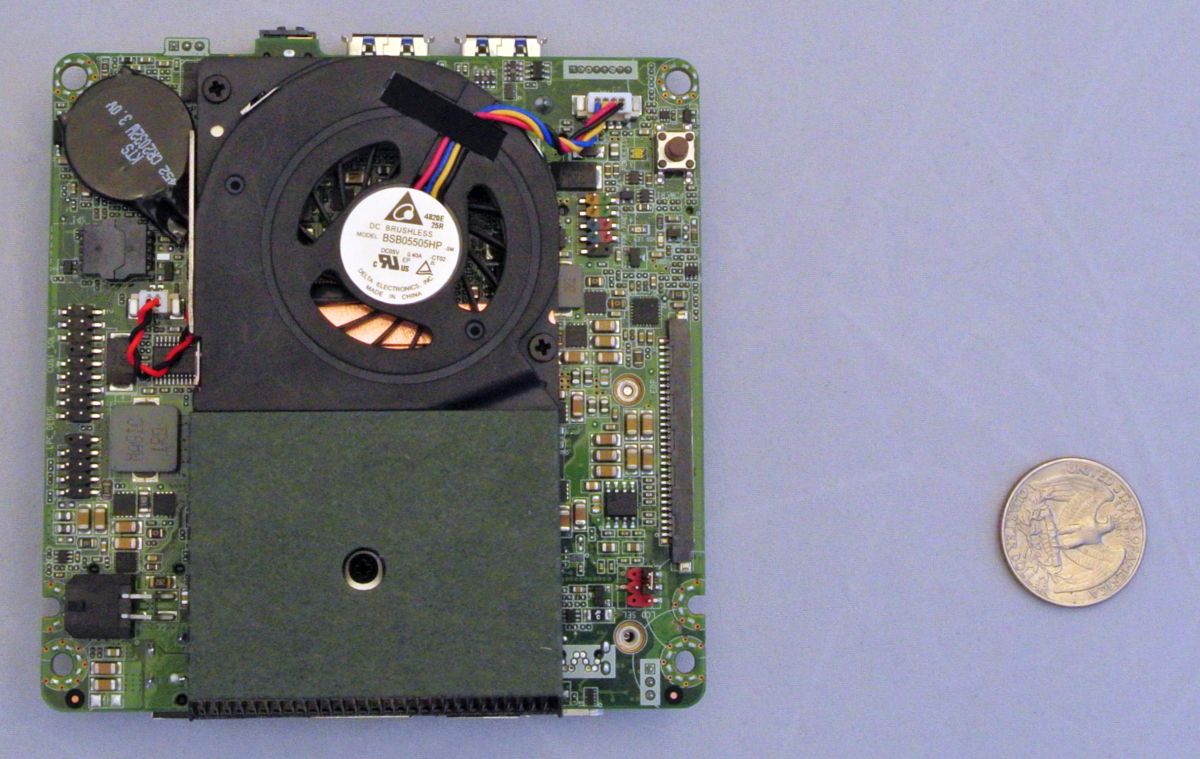 The future brings a Skylake based NUC (Next Unit of Computing), but this  won't happen anytime soon. The earliest we would expect is late 2015 as we still have to see SODIMM DDR4 modules before Skylake gets to NUCs. USB 3.1 support as well as Type C USB is under consideration for future machines but we heard that this probably happens when USB 3.1 gets into the chipset. We think this is still a couple of generations away.

Some business NUC models come with dual DisplayPort 1.2 as businesses prefer to have the same cables rather than one HDMI and one DisplayPort. It looks like Thunderbolt is out of the game, as it creates a lot of heat, which is not a good thing for such a small system. A lot of business users love the Kensington lock, as customers tend to steal these small desktops we hear. A VESA mount as well as support for user replaceable 3rd party lids is also a nice feature to have.