It’s been a while since we saw any movement on the ITX front. A few years ago AMD shook up Intel’s Atom lead with Brazos, its first low voltage APU. Brazos was a hit and Intel responded with a few new Atoms that really weren’t up to par, but it also introduced a range of low voltage Celeron chips. The latest series, based on Ivy Bridge silicon, is very interesting indeed.

Now it’s was AMD’s turn to spice things up with Jaguar based products, but there are just no Kabini-based ITX boards on the market yet. As usual, AMD is late to the party and now we’re seeing just how late.

Since this is a 10W part, the board is passively cooled and we suspect most if not all Bay Trail boards will be passive. 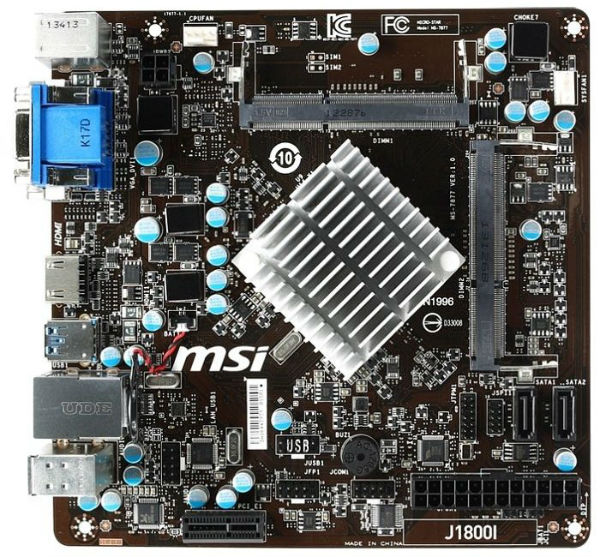 Rate this item
(0 votes)
Tagged under
More in this category: « Sandy Bridge H61 chipset shapes up Gigabyte makes a fortune out of USB 3.0 »
back to top