The Mini-ITX Gaming motherboard and graphics card for it

MSI has surprised us with the new teaser on its Facebook site showing two new upcoming members of its Gaming Series lineup, the new Mini-ITX Z87 based mini-ITX motherboard and the new mini-ITX GTX 780 graphics card.

Although MSI did not release any specific details regarding the upcoming MSI Z87 based Mini-ITX Gaming motherboard, it appears to be quite similar to MSI's already available Z87I motherboard. Of course, the new mini-ITX Z87 Gaming has a beefier VRM, and quite a few extras including the USB DAC Power, Audio Boost, and Killer E2200 Gigabit Ethernet.

As far as the new Mini-ITX GTX 760 is concerned, MSI also did not shed much details regarding but according to the picture, it will feature a dual-slot cooler with a single fan. It will need a single 8-pin PCI-Express power connector and will be shorter than usual GTX 760 graphics cards, or short enough to fit on mini-ITX motherboard.

Both products look quite interesting and we are sure that these will be a great foundation for some impressive future mini-PC gaming systems. 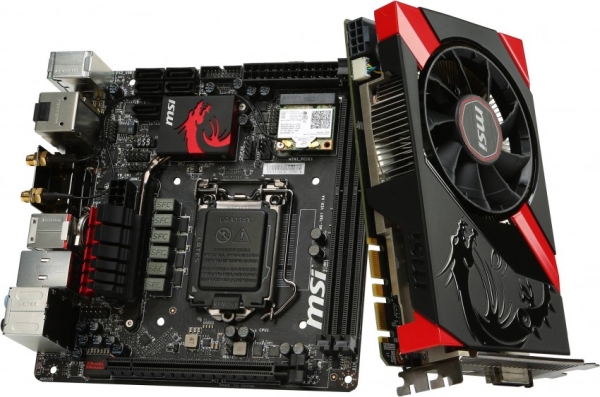