Asrock rolls out A85X ITX board

Mother of all HTPC boards


Asrock loves mini-ITX boards and it’s often the first player to embrace new platforms in this niche market. This time around Asrock is the first company to roll out an FM2 ITX board based on AMD’s A85X chipset.

Other FM2 ITX boards are based on A75 and A55 chipsets, so Asrock’s FM2A85X-ITX board has a clear advantage, with an impressive feature set, usually reserved for mATX and ATX boards.

The board features two DDR3 slots, a single PCIe 2.0 x16 slot, VGA, DVI and HDMI 1.4a video outputs and 7.1 audio. USB 3.0 support is also on board, with a total of four ports, along with seven SATA 6Gbps connectors and eSATA. More than enough for an ITX board. The board features an all-solid capacitor design and support for two PWM fans.

The only thing missing? It doesn’t appear to have wifi on board.

The board is priced at €83 to €89 in continental Europe and some German retailers claim they will have it in stock in one to three days. It doesn’t sound too pricey. The cheapest A75 and A55 based ITX boards sell for about €70, while some SKUs go as high as €100. 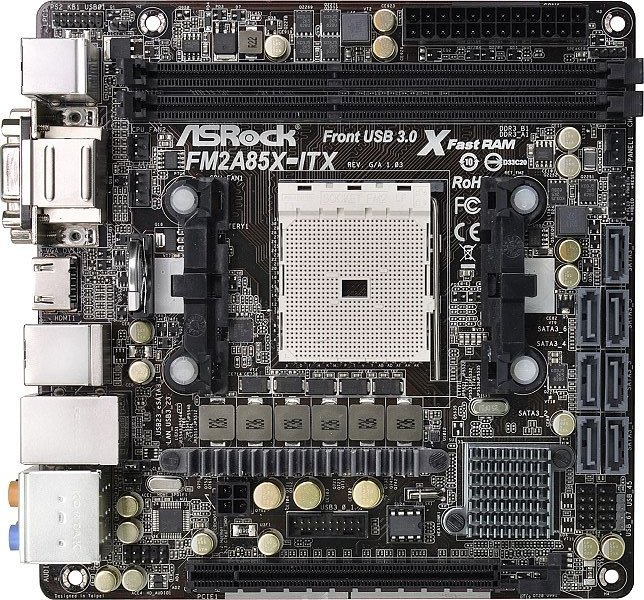 Rate this item
(0 votes)
Tagged under
More in this category: « Intel to ditch motherboard business Jetway shipping embedded Trinity motherboards »
back to top