ITX motherboards have gone through a renaissance of sorts, as both Intel and AMD started to churn out cheap and cheerful Atom and Brazos parts.

However, if an Atom just doesn’t cut it for you, Biostar is offering a rather interesting board based on Intel’s new Celeron 847, a dual-core 1.1GHz part with 2MB of cache and a 17-watt TDP. The board feature’s Intel’s NM70 chipset, two DDR3 slots, one PCIe 2.0 slot, along with VGA and HDMI outputs. SATA 6Gbps support is also on board, but sadly there is no eSATA or USB 3.0.

The asking price is €67, not bad compared to Atom and Brazos boards that have dominated the market for the last couple of years. So, it is an interesting alternative, but we don’t know the exact performance just yet, although it should outpace any Atom board out there. 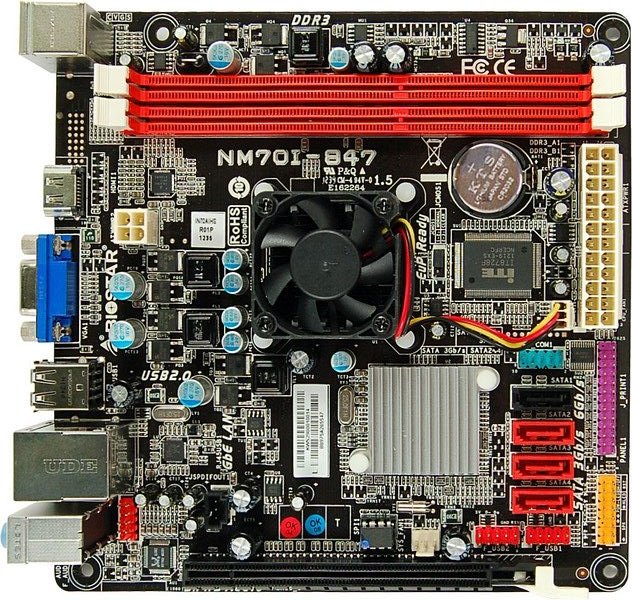 Last modified on 24 October 2012
Rate this item
(0 votes)
More in this category: « ASRock Trinity ITX board up for preorder ECS releases Haswell motherboard specs »
back to top