These four new motherboards are a high-end offer from Asrock and feature multiple PCI-Express slots with support for both SLI and CrossfireX, up to six SATA3 slots, USB 3.0 ports, dual or single gigabit LAN and much more.

In case you are wondering, the PCI-Express 3.0 offers up to 8.0GT/s of raw bit rate with 8Gbps of interconnect bandwidth and around 32GB/s of total bandwidth for x16 lane. These specs roughly doubles the speed of a previous PCI-Express 2.0 x16 slots.

You can check out more details over at Tweaktown.com. 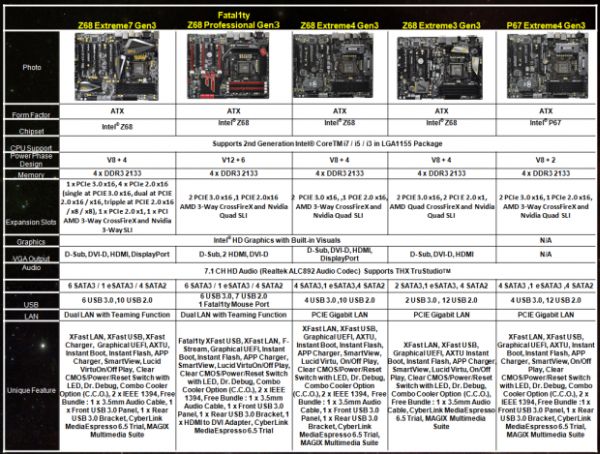