Although it sounds like overkill, it is nice to know that MSI's upcoming P67A-GD65 Sandy Bridge motherboard will support up to 32GB of memory.

What you see below is a CPU-Z screenshot from MSI's facebook page. It shows the MSI P67A-GD65 running Intel's Core i7-2600K ES CPU and paired up with 32GB of system memory. Although it is not clear which memory and at what specs it works, it will be clear once Intel officially launches its Sandy Bridge CPUs.

Hopefully, we'll see at least a couple of such kits from the usual suspects like Kingston, OCZ, Corsair and others, although we're not expecting miracles when it comes to prices.

You can check out the original screenshot here. 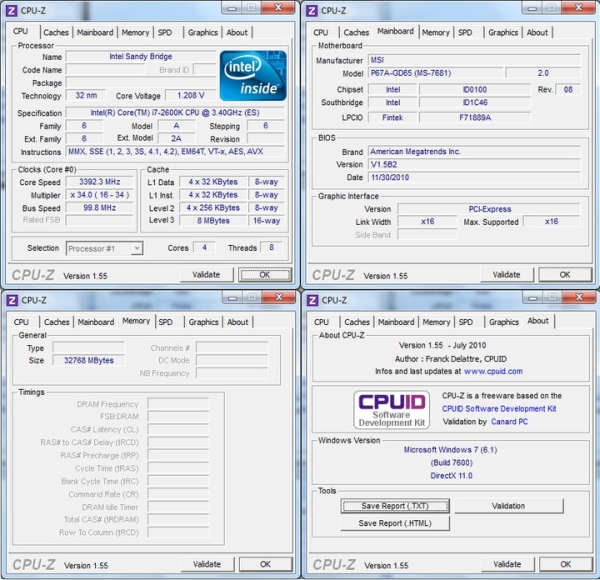 Last modified on 21 December 2010
Rate this item
(0 votes)
Tagged under
More in this category: « EVGA's P67 Classified gets pixellized AMD Hudson FCH comes in seven flavors »
back to top