AI app allows you to grass on other drivers 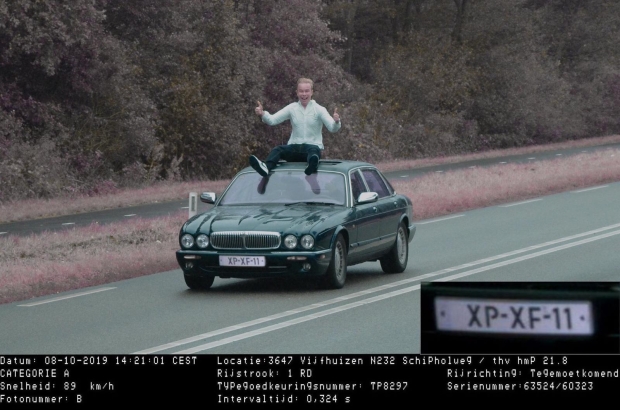 A team of AI scientists with backgrounds in Silicon Valley companies and top UK universities have developed an app which will allow people to “document traffic crimes in their area.”

The Guardian said that the app’s creators hope is it will encourage police to take speeding more seriously while enabling residents, pedestrians and cyclists to document traffic crimes in their area.

However, the app, which basically allows users to grass speeding drivers to the law, has received a bad press and its inventors are apparently on the lamb.

"We're getting quite abusive emails," Sam, the app's founder, told the Guardian on condition of anonymity. "It's a Marmite product -- some people think it's a good idea, some people think that it turns us into a surveillance state. "I can see both sides of that, but I think that if you're going to have speed limits, then it's the law that you obey them, and you should enforce the law. It's not a personal vendetta against anyone, it's just -- how do we make our roads safe? "There are 20,000 serious injuries on the roads every year -- how can we reduce them? And the way we reduce them is we make a deterrent to speeding."

Google initially refused to allow it on the Play Store, claiming it wasn't possible to estimate the speed of a passing vehicle using AI alone, however, this claim was later proved wrong. An iOS version has been developed, but it has not yet been approved for distribution by Apple, who have not given a reason for the delay.

Currently, the app cannot lead to drivers receiving speeding tickets, as the algorithm is yet to be vetted by the Home Office, meaning it is not legally a speed camera, although drivers could still be charged with 'dangerous driving' offences if their behavior is deemed to be sufficiently negligent. Sam says he hopes the use of the app will alert police to speeding hotspots, encouraging them to take more action against dangerous driving.

Last modified on 12 April 2022
Rate this item
(0 votes)
Tagged under
More in this category: « California might make AI a legal liability Nvidia turns to AI for design process improvements »
back to top