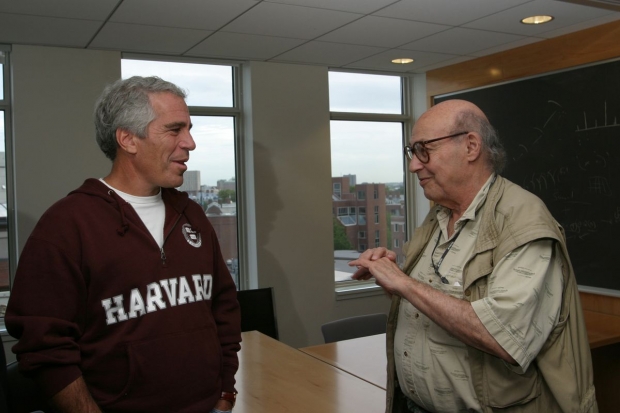 Alleged to have had forced sex with one of Epstein's victims

A victim of billionaire Jeffrey Epstein testified that she was forced to have sex with MIT professor Marvin Minsky.

Epstein, who was set to testify against several of his high-powered political mates, including Prince Andrew and former New Mexico governor Bill Richardson, was surprised to find himself dead over the weekend.

Minsky died of a cerebral hemorrhage at the age of 88 and was known to be a chum of Epstein but this is the first direct accusation implicating the AI pioneer in Epstein's broader sex trafficking network.

The accusation against Minsky was made by Virginia Giuffre, who was deposed in May 2016 as part of a broader defamation suit between her and an Epstein associate named Ghislaine Maxwell.

In the deposition, Giuffre says she was directed to have sex with Minsky when he visited Epstein's compound in the US Virgin Islands. As part of the defamation suit, Maxwell's counsel denied the allegations, calling them "salacious and improper". Representatives for Giuffre and Maxwell haven't responded to requests for comments.

Minsky was a pivotal member of MIT's Artificial Intelligence Lab and pioneered the first generation of self-training algorithms, establishing the concept of artificial neural networks in his 1969 book Perceptrons.

He also developed the first head-mounted display, a precursor to modern VR and augmented reality systems.

Epstein often called himself a "science philanthropist" and donated to research projects and academic institutions. Minsky's affiliation with Epstein went particularly deep, including organising a two-day symposium on artificial intelligence at Epstein's private island in 2002, as reported by Slate.

In 2012, the Jeffrey Epstein Foundation issued a press release touting another conference organised by Minsky on the island in December 2011.

Last modified on 12 August 2019
Rate this item
(1 Vote)
Tagged under
More in this category: « Xilinx Alveo U50 adaptable compute is out TSMC jumps in to save Moore’s Law »
back to top