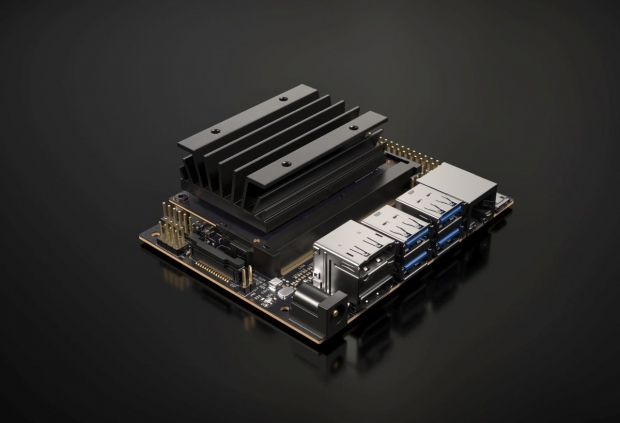 The GPU maker named after a Roman vengeance demon, Nvidia, has released an entry level AI mini-computer for those who like to tinker.

Dubbed the Jetson Nano, it's aimed at "developers, makers and enthusiasts" and Nvidia claims that its 128-core Maxwell-based GPU and quad-core ARM A57 processor can deliver 472 gigaflops of processing power for neural networks, high-res sensors and other robotics features.

It does all this on 5W of power which could be rather useful if you want to build a robot, smart speaker or your first steps in overthrowing organic life by creating an evil machine based empire.

The kit can run Linux out of the box and supports a raft of AI frameworks. It comes equipped with 4GB of RAM, Gigabit Ethernet and the I/O needed cameras and other attachments.

While the Nano isn't nearly as powerful as higher-end Jetson models, it's available now at $99 for individuals and $129 for "production-ready" units destined for companies.