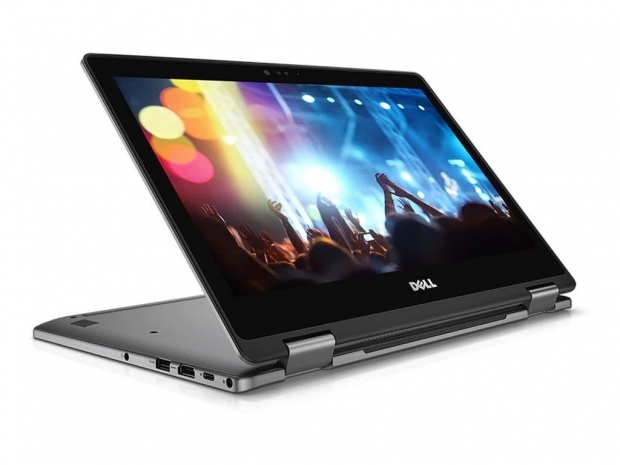 Spotted originally by Anandtech.com, the new Dell Inspiron 13 7000 measures at 322.4x224x18.7-19.2mm (WxDxH) and weighs 1.75kg, so it should be quite a portable little system. The star of the show is the 13.3-inch FHD (1920x1080) IPS Truelife LED-backlit touchscreen which promises wide viewing angles and probably has good color accuracy.

The rest of the specifications for both SKUs include 802.11ac dual-band WiFi and Bluetooth 4.1, 42Whr 3-cell battery, two USB 3.0 Type-A and one USB 3.0 Type-C port, HDMI output, webcam with IR, which works with Windows Hello, card reader and more.

There is also a third option which adds 14x7 direct access to hardware and software support with one year Premium Support and Accidental Damage Service, which raises the price to US $1,019.

Strangely enough, Anandtech.com also spotted that first two SKUs are actually cheaper at Bestbuy.com, coming in at $700 and $850.

Unfortunately, we still can't find those SKUs in Europe as the Inspiron 13 7000 is only available with Intel 8th generation Core U-series CPUs.

Last modified on 17 April 2018
Rate this item
(0 votes)
Tagged under
More in this category: « Qualcomm backing a 4G budget laptop AI robot does something a human can't »
back to top