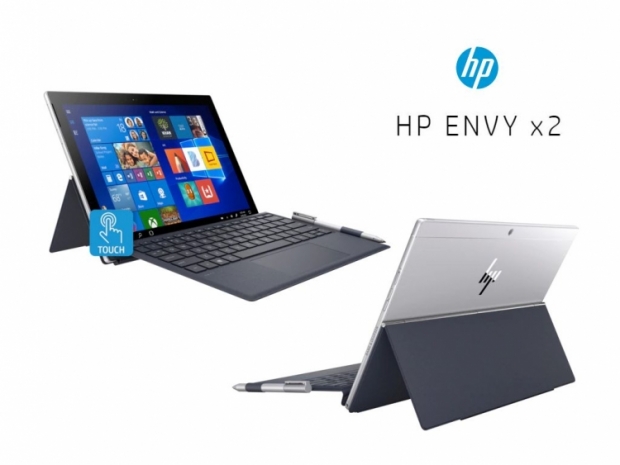 Demand could be high as HP is selling all it makes

It appears that people like the idea behind HP's Envy X2 "detachable PC" with Snapdragon 835 SoC as although it is now once again available, HP seems to be selling out as soon as it puts some online.

To be quite honest, we do not know the precise number of sold Envy X2's but we did hear that it is a significant quantity from back when it was officially launched.

By the time this article went online, most of the stock has gone and we managed to make a screenshot where it says "only 1 left!". 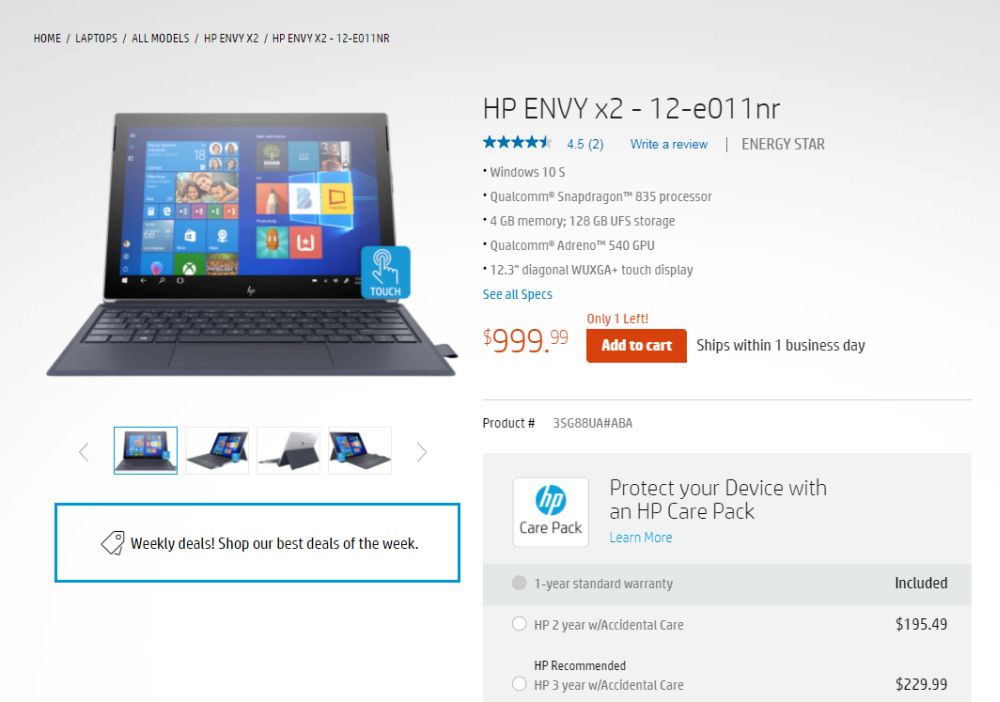 What makes it special is the fact that it promises up to 22 hours of battery life (19 hours of video playback) from its 3-cell 49.33Whr battery and comes with a nano-SIM port for 4G LTE. The rest of the specifications include dual Bang & Olufsen speakers, HP's Imagepad with multi-touch gesture support, stylus, a micro SD card slot, 13-megapixel rear and 5-megapixel front cameras, one USB Type-C port, and a 2x2 802.11ac Wi-Fi module with Bluetooth 5. Of course, it runs on Windows 10 S OS.

The price is still set at $999.99 and although it is a bit higher than we would like, it appears that buyers like a small Snapdragon-powered machine with 4G LTE, 22-hour battery life, and a 12.3-inch touchscreen. 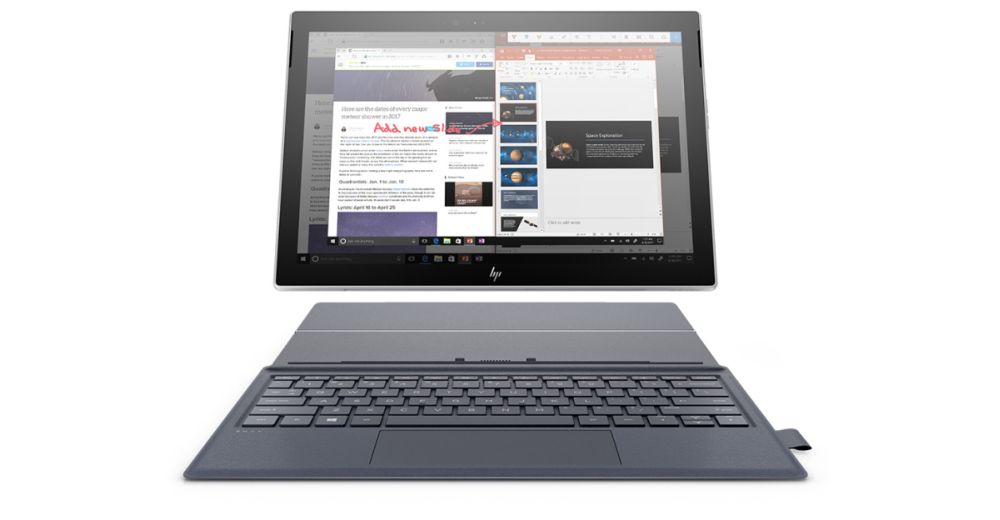 Last modified on 10 April 2018
Rate this item
(0 votes)
Tagged under
More in this category: « Alienware 15 and 17 notebooks get Coffee Lake update HP announces its own detachable Chrome OS tablet »
back to top