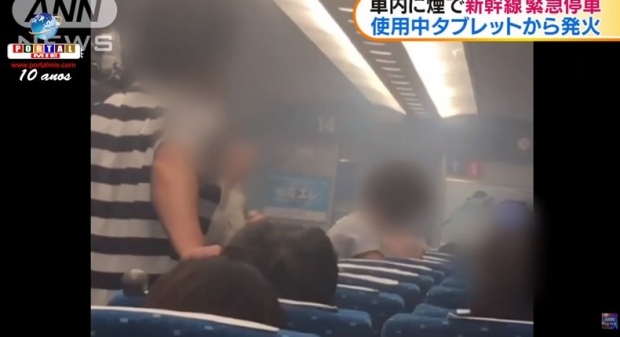 A Japanese bullet train had to make an emergency stop after a tablet computer apparently owned by a passenger caught fire while the train was en route to Tokyo Station, police and railway officials said.

The incident aboard the Nozomi 234 super express took place at around 5:30 p.m. between Shin-Yokohama and Shinagawa stations when the tablet began spewing smoke after it was turned on by its owner. The fire also left the small table at his seat slightly burned, police and media reports said.

The fire was contained quickly, but the train was held until the train’s safety was confirmed, according to the Japan Railway group. It resumed operation several minutes later and arrived at Tokyo Station.

The police are investigating how the tablet caught fire and suspect the battery might be the source of the problem. At the moment, no one is saying what brand of tablet exploded.

Last modified on 26 September 2017
Rate this item
(0 votes)
Tagged under
More in this category: « Lenovo celebrates Thinkpad by going back in time Google unveils its newest Pixelbook notebook »
back to top