Windows 10 on Snapdragon 835 has incredible standby 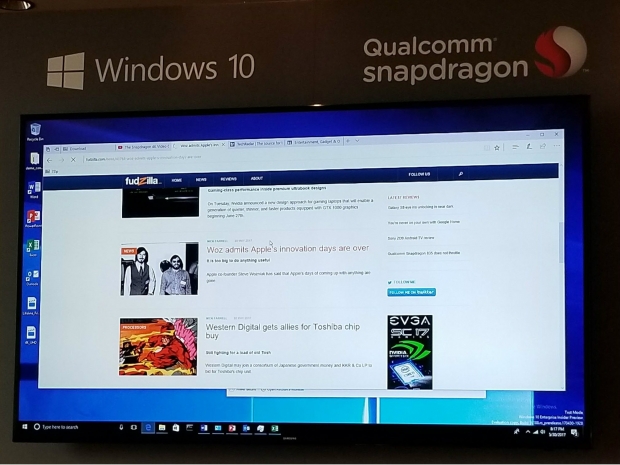 Four to five times better than some Intel

Qualcomm talked a bit here at the Computex show about  Snapdragon 835 running Windows, and we had a chance to see a demo and chat with Qualcomm’s Don McGuire VP of product marketing and Pete Bernard, a Principal Group Program Manager partner and customer engagement R&D chap at Microsoft.

After the big overview with these two chaps and a talk with Monte Giles, Qualcomm's director of product management, and Peter Burns, senior manager of marketing, we ended up spending some time with the productivity and video demo. Yesterday we reported that Asus, HP and Lenovo announced that they are on board with the Snapdragon 835 on Windows 10.

Office 2016 that we've seen is a 32 bit version emulated, but despite the emulation it worked really well. We’ve seen a demo of an Excel data set, creating a chart and then copying it to a PowerPoint presentation. After that, the presentation was sent via email using Outlook. 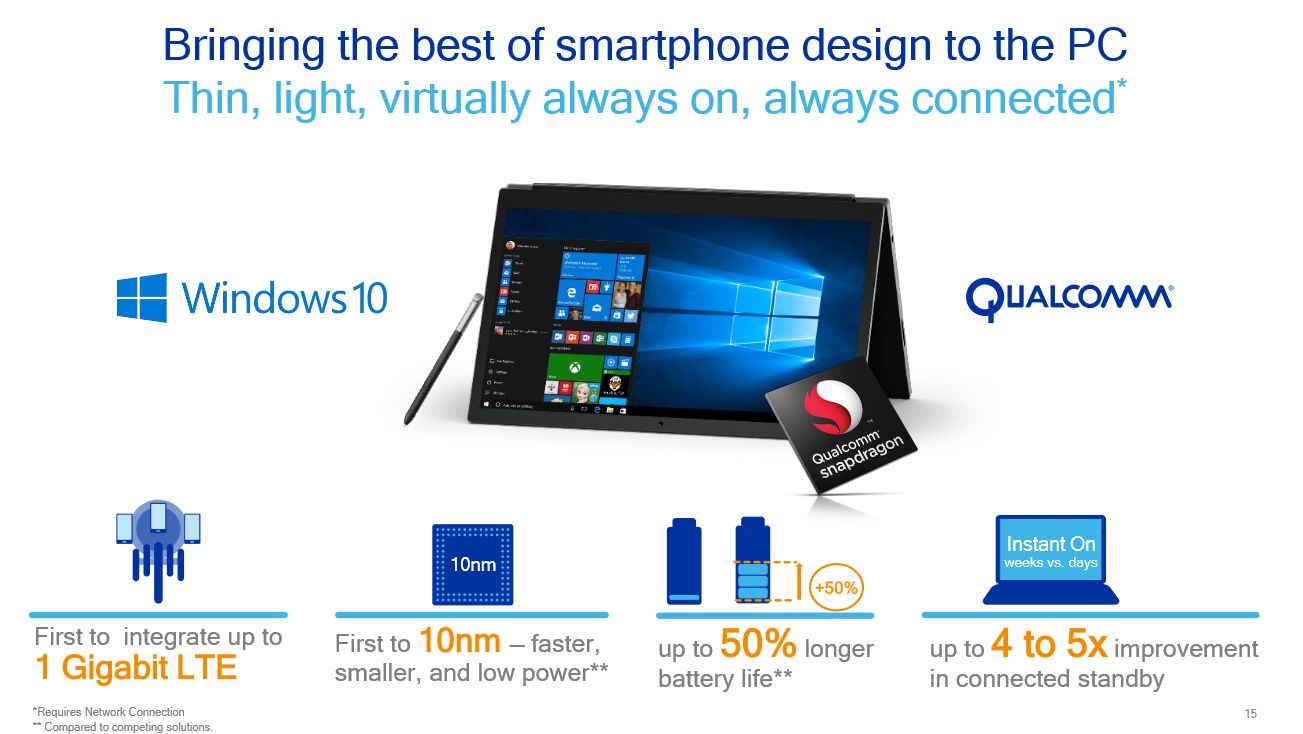 Pete Bernard from Microsoft assured us that there will be a native ARM version of the Office in time to launch, but he didn’t go into the details. Office will be recompiled for the  ARM instruction set, and Pete did point out that ARM set may end up being faster than the X86 instruction set. We will have to wait and see.

Pete also mentioned that Microsoft keeps track of the top hundred applications and that for the launch for Windows 10 on Snapdragon, Microsoft will make sure that these applications run smoothly through the simulation layer.

We had a chance to see 7 Zip (x86) third party app, installing and working just fine. The Edge browser runs smoothly and the demo was conducted via a GigabitLTE (test network), the heart of the Snapdragon 835. The average download speed exceeded 300 Mbps - something that you might end up seeing in the future.

Fifteen carriers / providers are working to deploy Gigabit LTE this year and all USA carriers are on board. Don McGuire pointed out that the elimination of data caps will definitely boost the popularity of always connected devices. The Z generation, he pointed out, expects that they have internet all the time and most laptops don’t have it right now. This is the market that Qualcomm wants to address with Snapdragon 835 Windows 10 machine. 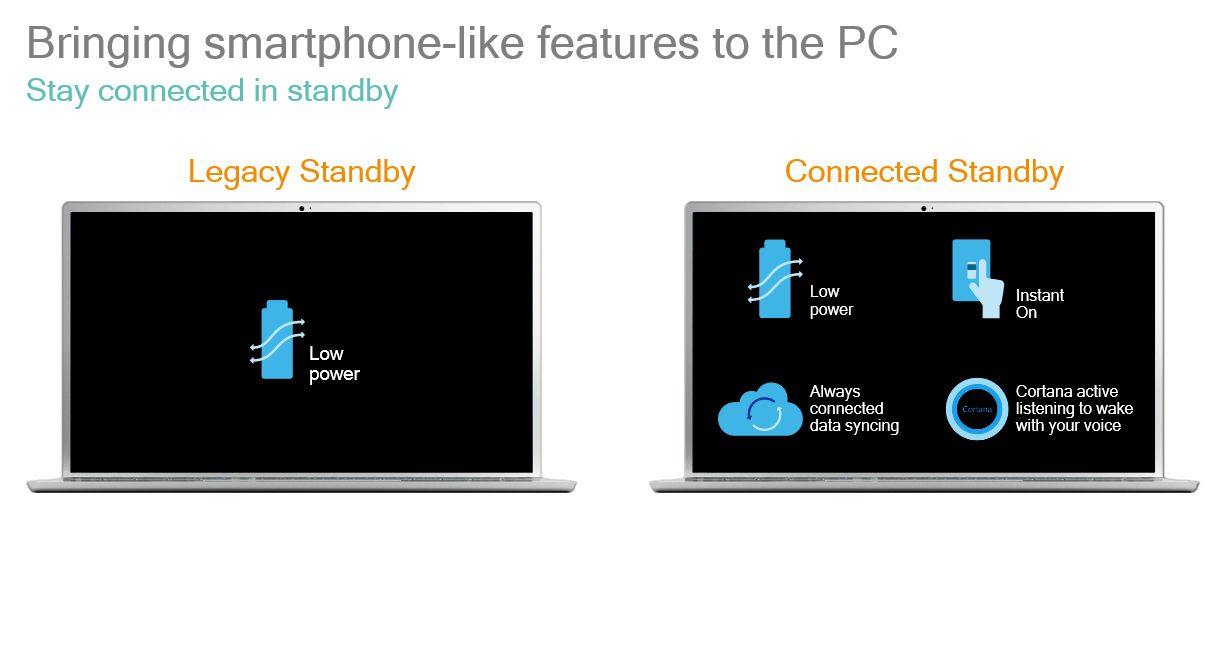 Snapdragon 835 on Windows 10 aims to become a synonym for always connected laptop.

The last demo was suggested by Myriam Joire from Mobile Geeks and it included loading of multiple webpages including mobile geeks, Fudzilla and a few others. Check the whole demonstration below.

One key point that we want to leave you with is that compared to the 7th generation Core low power processors, you can expect to see Snapdragon 835 having four to five times better connected standby. Microsoft and Qualcomm expect that connected standby on this platform includes a machine that has instant on, always connected data sync and Cortana active listening for your voice. Remember, Qualcomm has a DSP that can do these things very efficiently, and enable much better battery life than a traditional X86 based PC. 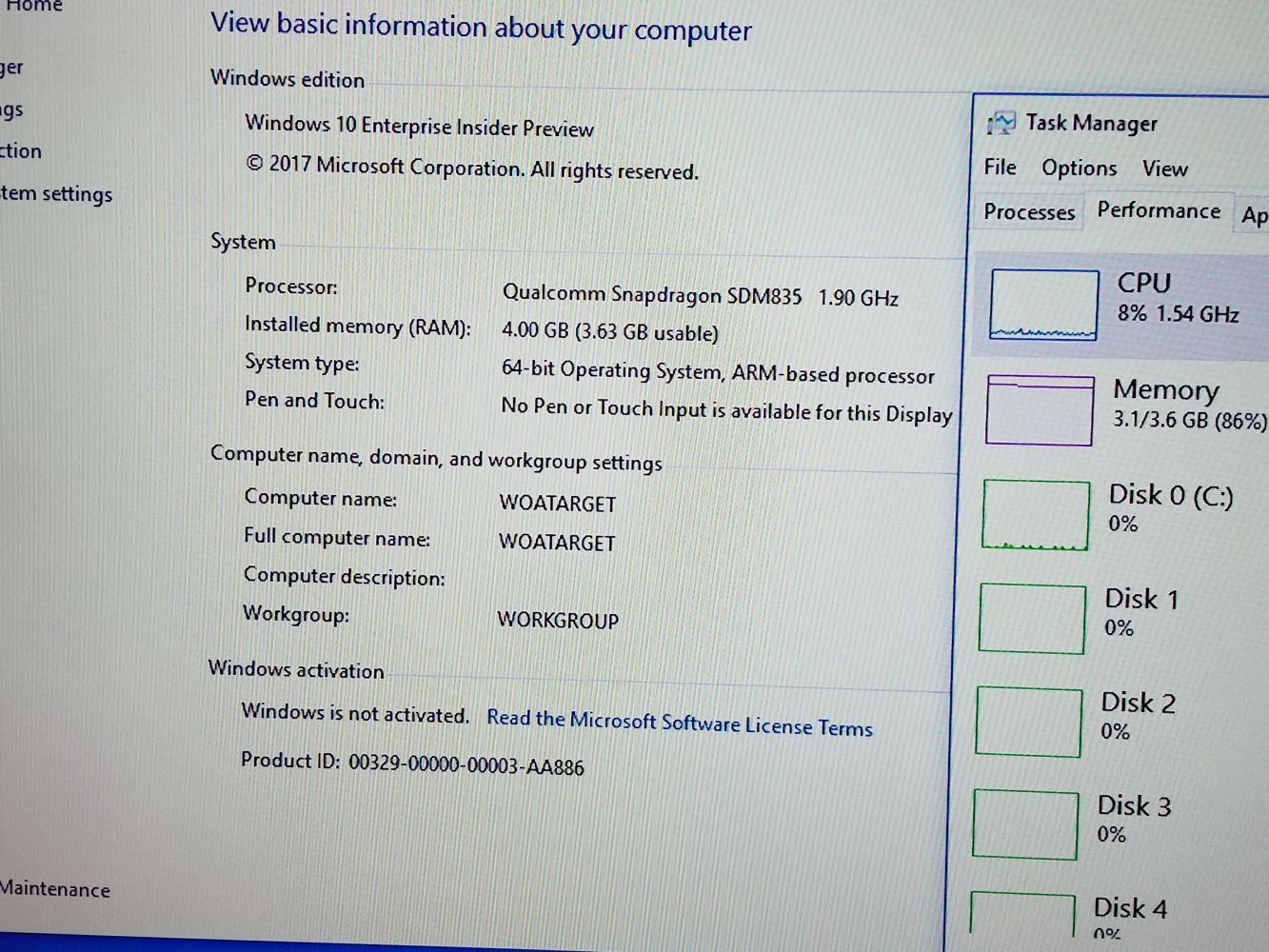 Make sure you check out the video, but the first demo we’ve seen looks impressive. There might be a new sheriff in town, at least when it comes to connectivity and battery life. Emulation of course, will be the thing to watch, but Microsoft feels confident that things will run smooth. The bottom line is that with a 30 percent smaller motherboard and with up to 50 percent better battery life, you might end up having a 2 in 1 laptop with incredible battery life.

Last modified on 01 June 2017
Rate this item
(0 votes)
Tagged under
More in this category: « Dell shows off new all-in-one EVGA brings smaller SC 15 notebook to Computex 2017 show »
back to top