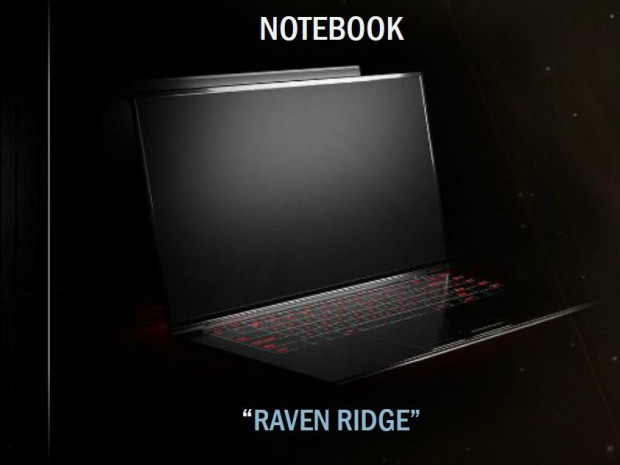 Now the second half of 2017 sounds a bit far away, but AMD needs to push as many desktop and server parts as it can,  before it can get to dual and quad core notebook SoCs.

This is something that AMD’s charismatic CEO revealed at the Computex 2016 press conference, but at that time, AMD didn’t go into any precise timeline. Now we at least know that we ought be able to buy a Zen powered notebook before the end of the year.

Lisa didn’t mention any details about the notebook APUs, rather than the 2H 2017 launch and the Raven Ridge codename. From what we know, there will be a dual core with four threads and four cores with eight threads coming in the later part of 2017.

AMD can address both the sub-15W market for Ultrabook as well as the sub-45W higher performance notebook market. We are not sure which part will launch first and you can expect that Raven Ridge comes with a Polaris architecture based GPU.

It is becoming clear that the desktop version of Ryzen will put  Intel under a lot of pressure in the high end market, but it remains to be seen if the architecture can scale down to lower TDPs and let AMD compete with Intel’s highly successful Haswell and Kaby Lake Core i7, i5 and i3 based notebooks that have been shipping for quite some time.

Last modified on 15 December 2016
Rate this item
(0 votes)
Tagged under
More in this category: « Asus gives Kaby Lake to UX310 Intel expected to show off new NUCs at CES »
back to top