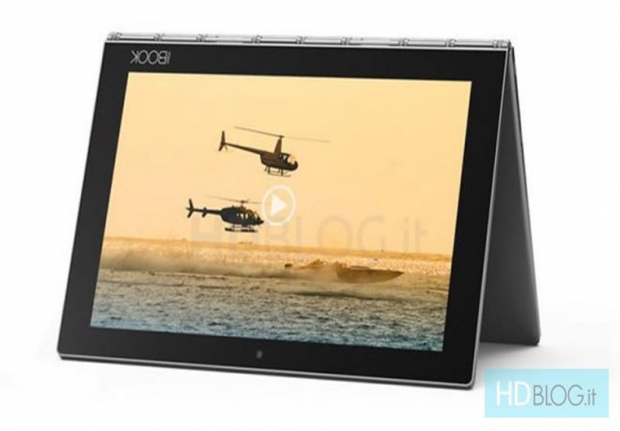 Lenovo’s Yoga brand is rather nice when you look at Windows machines, but its Android flavour has been a bit of a yawn, lacking all of the windows flavour's adaptability.

HD Blog has managed to get its paws on some pics which indicates that Lenovo might be launching an Android device truly worthy of the Yoga name.

Dubbed the Lenovo Yoga Book is a real 2-in-1, convertible laptop like most of the OEM's Windows-powered Yogas. The question is why it would bother really. The OS is not that great for laptop use.

The leak claims that the Lenovo Yoga Book will be powered by an Intel Cherry Trail processor, either an Atom x5 or x7, and will have a 10-inch display. When fully folded like a closed laptop, it will supposedly be only 10 mm thin. Like a Lenovo Yoga 3 Pro or Yoga 900, the Yoga Book can be folded up 360 degrees, transforming from laptop to "tent" to demo display to tablet.

Given the state of readiness of the machine it is possible it will be shown off at Computex 2016 in June. Another possibility is that it will show the convertible at Google I/O 2016 next month.

Last modified on 04 April 2016
Rate this item
(3 votes)
Tagged under
More in this category: « EVGA officially launches the new SC 17 gaming notebook HP gets "the world’s thinnest" title »
back to top