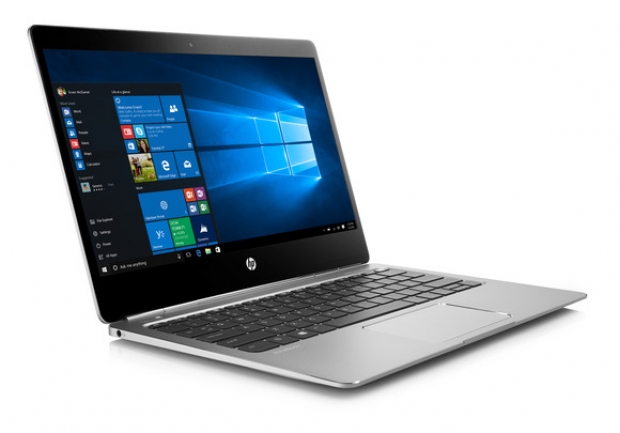 During Pepcom at CES last week, we had a chance to stop by the HP booth where we got some hands-on time with the company’s latest EliteBook Folio G1 based on Intel’s 14nm Skylake platform.

The device is currently expected to be the world’s thinnest ultrabook, measuring just 0.47-inches (12.4mm) at its thickest point. 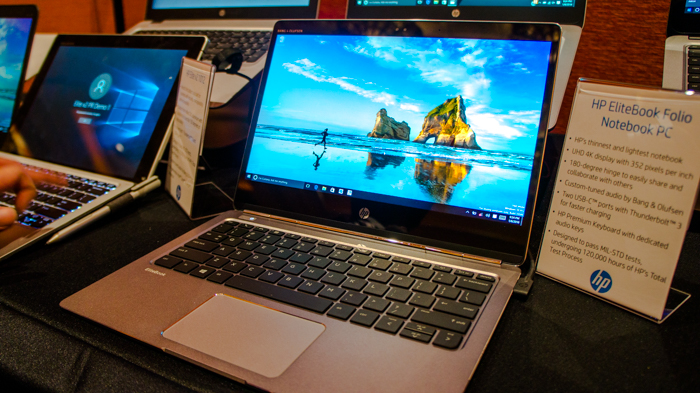 For comparison, Apple’s latest 12-inch MacBook was released in April 2015 and features an already razor-thin 0.52-inch (13.1mm) design. The opposite holds true for a weight comparison, however, but both ultrabooks are still incredibly close. The new HP EliteBook Folio G1 weighs in at 2.2 pounds (0.99kg), while the 2015 12-inch MacBook weighs in at 2.03 pounds (0.92kg). 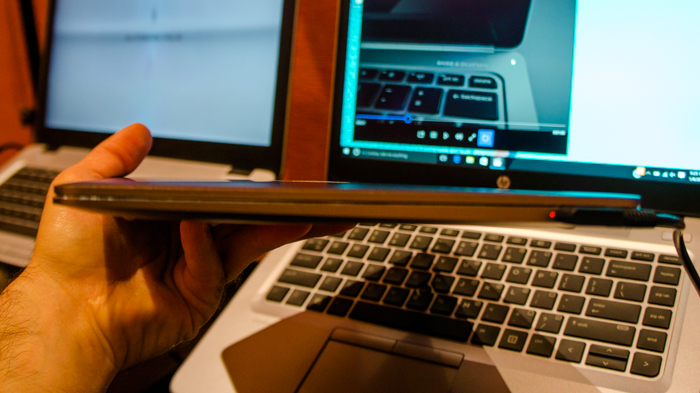 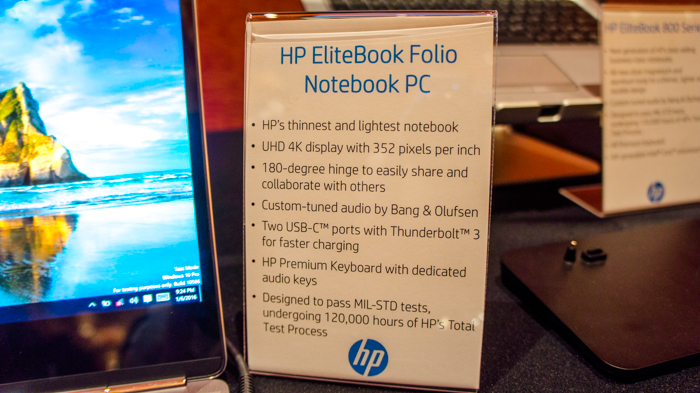 Perhaps one of the biggest drawbacks of last year’s MacBook is the inclusion of only a single USB 3.1 Type-C port for all connectivity. This frustratingly requires users who wanted last year’s thinnest possible ultrabook design to go out and purchase Apple’s $79 dollar USB-C Digital AV Multiport Adapter in order to simultaneously charge the device and still have an open USB port (which, basically every laptop user requires). With HP’s ultra-thin 2016 EliteBook Folio G1, this is a non-issue. The device comes standard with two USB-C ports equipped with the new Thunderbolt 3 spec (up to 40Gbps) for faster transfers and faster charging, simultaneously. Of course, you will still need to go out and purchase a USB-C to USB adapter for compatibility purposes, but at least you have fast 40Gbps ports that can charge and transfer data at the same time.

One of our favorite design choices of this new 2016 HP ultrabook is that it will ship with Intel’s fanless Core m3, Core m5 and Core m7 Skylake chips. While we expect Intel to have fanless Core i5 and i7 chips later down the line next year once it reaches 10nm production, we are still very appreciative of fanless 14nm "Core m" Series Skylake designs in 2016. That being said, HP’s new EliteBook Folio G1 should be on the short list to anyone looking for a zero-noise, high-efficiency ultrabook option this year. Additionally, the device is also built to meet military standard (MIL-STD) specifications, undergoing 120,000 hours of comprehensive testing.

The EliteBook Folio G1 will ship with up to 8GB of system memory and an SSD configuration up to 512GB. The device has a starting price of $999, will be available in March, and can be purchased directly from HP’s website.