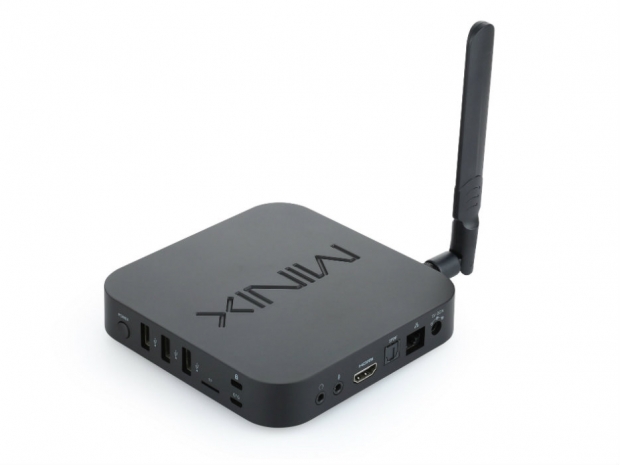 Minix, which is a well-known name in the home streaming TV console market, has released a new Mini NEO U1 that supports some cool features such as 4K at 60 Hz and 10-bit colour.

The Neo U1 comes with a Quad-core Corte A53 CPU that supports 64-bit and a Penta Core Mali 450 GPU. Mali 450 brings the much-needed support for 3840x2160,  or 4K resolution, at 60Hz. Amazon's latest Fire TV supports 4K resolution at 30Hz which be a disadvantage for enthusiasts.

The Neo U1 comes with three USB slots, microSD card reader, USB On The GO connector, Kensington lock and a power button. The back side of the U1 console is a microphone and headphone ports, HDMI 2.0 with HDCP 2.2. There is a dedicated SPDIF and a 5V DCIN power connector and a Gigabit LAN port. The device also has MIracast support.

The quad-core Cortex A53 chip comes with 2GB RAM and 16GB eMMC 5.0 MLC storage. If you rely on Wi-Fi this new multimedia home entertainment console comes with a dual-band 2x2 MIMO ac Wi-Fi with internal and external antennas for superior reception.

The device has Bluetooth 4.1 and ships with Android Lolllipop 5.1 with Minix launcher. The device supports FOTA (Firmware-Over-The-Air) Update System to carry out manual updates or firmware installs. The U1 ships with an IRDA remote controller. 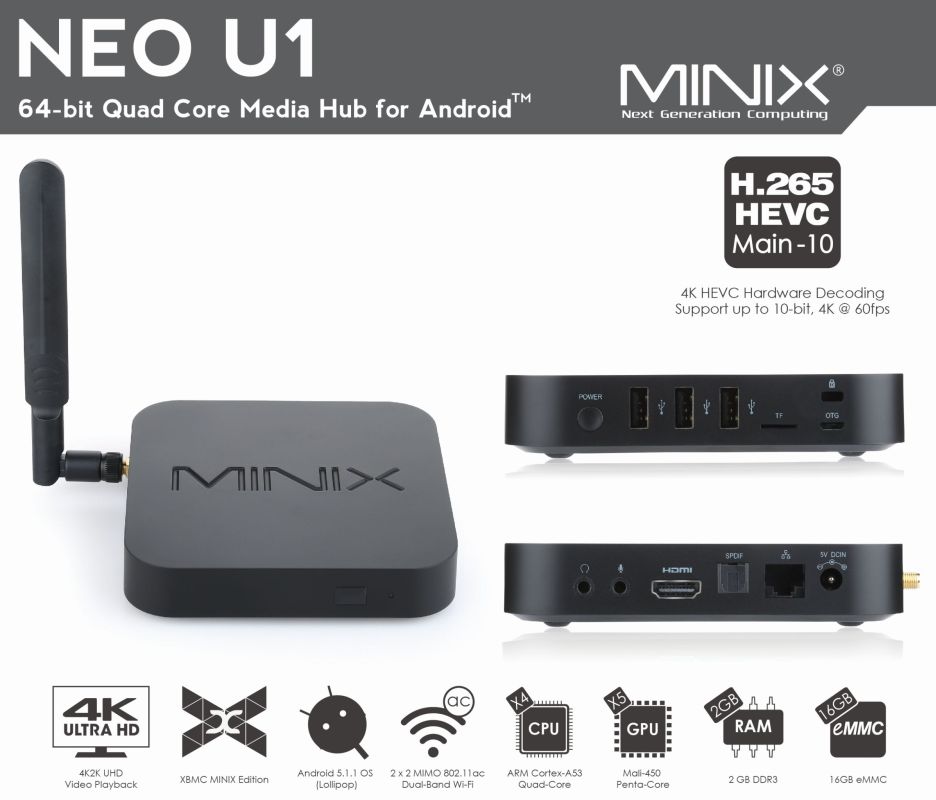 Minix is pitching the U1 for the entertainment to your living room including web browsing, stunning Ultra High-Definition video playback and real-time streaming.  It is also good to access to popular media player apps such as KODI, screencasting capability, local media playback via USB port, Internet radio and audio streaming services, Skype along with other VoIP services and Android gaming.

Last modified on 27 November 2015
Rate this item
(35 votes)
Tagged under
More in this category: « Asus gives Zenbook UX305 a Skylake Core M CPU Gaming notebook market to become a battleground next year »
back to top