Acer sticks its elbows out 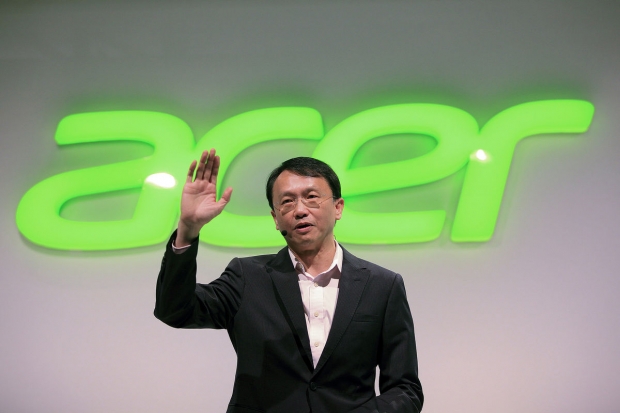 Looking at gaming as a way out

Acer has said it wants to get away from price competition and has launched products such as gaming tablets and PCs.

The big idea is to carve a niche in the gaming scene where there are still higher margins. Another area that Acer wants is the enterprise notebook market. It sees this as contributing 40 per cent of its overall shipments.

Company CEO Jason Chen said that Acer's September revenues reached US$912.49 million, up 40.23 per cent from a month ago mainly thanks to strong 2-in-1 device sales, procurement orders from the education industry and shipments of new Windows 10-based products.

However Chen said he was not particularly optimistic about its future operation and was taking a conservative attitude to profits.

He said that exchange rates worldwide and the consumer market were fluctuating too much and he could not estimate demand for the year-end holidays.

Acer will release products that are different from the past to attract consumers. These include new product lines such as Chrome series devices. Acer is seeing shortages for its Chromebox products, noted Chen adding that the company is currently the second largest Chrome product vendor worldwide and will become the largest by the end of 2015.

Acer launched the V-Nitro series at the end of 2014 and the Predator series in 2015 covering products including desktop, notebook, tablet and smartphone. These gaming offerings have been doing rather well and have half of the market share in countries such as Germany, Austria and Poland.

Smartphones are selling quickly but grow this weaker than Acer expected and therefore the company is still seeing losses from the business. Chen said that Acer will not give up the smartphone business and will look to gaming and PC smartphones to attract attention.

Acer is mainly focusing on the enterprise segment and in the US, half of Acer's revenues are contributed by enterprise products and over a quarter in India. Acer wants to boost the percentage to about 40 per cent.

Chen said that more than 80 per cent of Acer's dosh came from its PC business. The company has also recently established the server business line and is seeing the business line growing the fastest compared to others in 2015.