Surface 3 will be armless 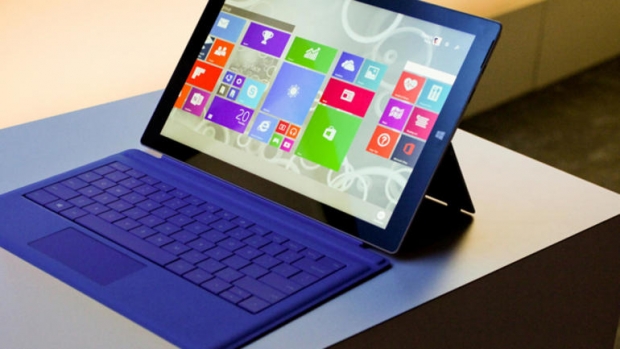 Surface 3 is back to Wintel

Microsoft is working on a Surface 3 and is apparently determined that it will not be stuffed up by RT.

The Surface 2 launched back in 2013 as Microsoft's second-generation affordable tablet. It never got a successor to sit next to the Surface Pro 3.

But word on the street is that Microsoft hasn't ditched the plain old Surface range. In fact, it plans to launch a third Surface device soon however it will not run Windows RT.

The new Surface 3 will run full Windows, which will be the first for a non-Pro Surface.

What is a little stranger is that Redmond is launching the Surface 3 ahead of Windows 10, which means that it will come with Windows 8.1 preinstalled instead.

Of course Windows 8.1 does not work on the ARM mobile chips that have powered both iterations of the Surface to date.

Instead it will run on either an Intel Atom or Intel Core M processor – hopefully one of the later versions of the latter.

The report reckons that we could see the new Surface tablet at Microsoft's Build 2015 conference on April 29.

Rate this item
(5 votes)
Tagged under
More in this category: « Skylake Mobile Celerons coming in Q4 15 New AMD Zen X86 APU boasts up to 16 cores »
back to top