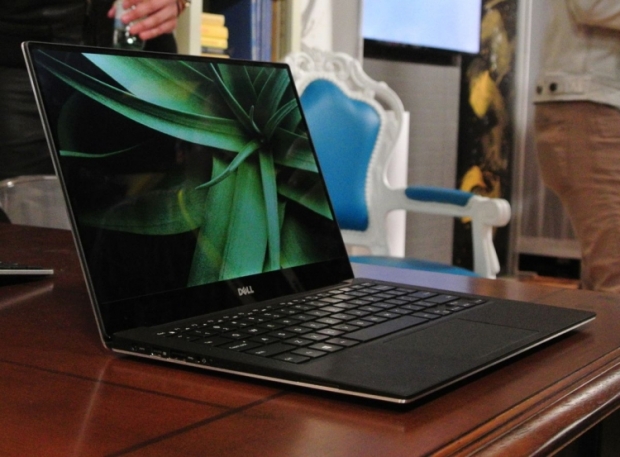 Back at CES, we had a chance to see and feel the Dell XPS 13 notebook, which is the smallest 13-incher that we have seen so far.

There is no doubt that this Broadwell-U fifth generation Core i5 powered notebook is something special, but we have noticed that in Europe it costs an arm and leg.

The basic configuration in the USA starts at very reasonable $799 + tax and, and in this SKU Dell offers a Core i3 5010U, 4GB RAM and 128GB HDD and non-touch display.

If we want to compare apples to apples, the same configuration in US would set you down $1099.99,  again significantly less than what you would have to pay in Europe.

In case you are happy with spending €1499.00 you can even get the Core i5 5600U, a CPU option that currently is not available for US customers. There is even a 512GB SSD option is available in Germany too.

We believe that $799 is really nice price for the XPS13 inch machine, but €1329 with tax is simply too much. In the US you end up paying a bit more, as $799 is the price without sales tax that ranges between zero and 12 percent and in the worst case scenario, if you live in Arkansas the same notebook will cost $894.88. Best-case scenarios like Delaware means the $799 notebook is $799 as there is no sales tax there, in Montana, New Hampshire and Oregon.