In addition to the 4K/UHD 15.6-inch Zenbook NX500 Ultrabook, Asus has also unveiled a new member of its Transformer lineup at Computex 2014, the new Asus Transformer Book V.

Based on three components, the smartphone, tablet and the keyboard dock, the Transformer Book V is, at least according to Asus, the world's first five-mode, three-in-one converged notebook. It is a mouthful, but this is what it's all about. The three parts include a 12.5-inch tablet, a 5-inch smartphone that docks into the tablet and a keyboard dock that turns that same tablet into a 12.5-inch notebook. (Just don't be surprised when Megatron shows up asking for his nephew. Ed)

The keyboard dock that connects all these devices into a single working notebook will apparently have its own 1TB of storage as a secondary drive. To be precise, the Asus Transformer Book V is actually a three-mode device unless you count the two OS choices as the tablet part can run on both Android and Windows OS, and even has a dedicated button to switch between them.

Unfortunately, Asus did not talk about the price or the availability date but hopefully we will see more details soon. 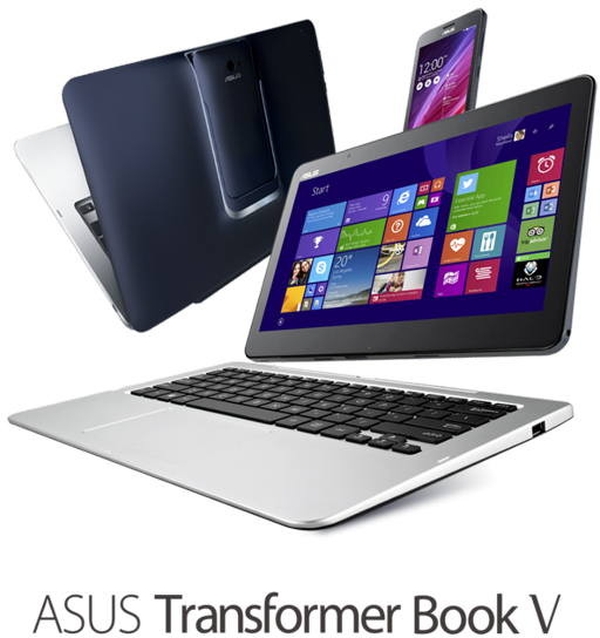