ASUS has announced a new 15.6-inch gaming laptop which will carry the Republic of Gamers badge and packs some serious power, with an Intel Core i7 mobile Haswell quad-core CPU and Nvidia Maxwell based GPU.

The ASUS Republic of Gamers G550JK gaming laptop features the RoG design with a matte black finish, accented with red details. There's an illuminated ROG logo on the lid and the laptop is 27mm thick, the new G550JK will be available with a choice of two different 15.6-inch panels, an AG IPS LED backlit Full HD 1920x1080 or an AG HD LED backlit 1366x768 resolution panel.

As noted, the ASUS ROG G550JK is based on Intel's mobile HM86 chipset and packs Intel Core i7-4700HQ mobile Haswell quad-core CPU, which features Hyper Threading and Intel Turbo Boost 2.0, has 6MB of L3 cache, 47W TDP and works at 2.4GHz base and 3.4GHz Turbo Boost clocks. The CPU can be paried with up to 16GB of DDR3 1600MHz memory.

ASUS also equipped the new ROG G550JK gaming notebook with Nvidia's Geforce GTX 850M Maxwell GPU which will be available with either 2 or 4GB of DDR3 memory depending on the SKU. Although there are quite a few different settings for the GTX 850M, it generally has 640 CUDA cores, works at 876MHz for the GPU and can outperform the Kepler based GTX 765M, despite having fewer CUDA cores. It packs a 128-bit memory interface and can be paired with either 5000MHz clocked GDDR5 memory, or, as in case of the G550JK notebook, DDR3 memory clocked at 2000MHz. It also supports Nvidia Battery Boost, GameStream, ShadowPlay, GPU Boost 2.0, Optimus, PhysX, CUDA, SLI and GeForce Experience. 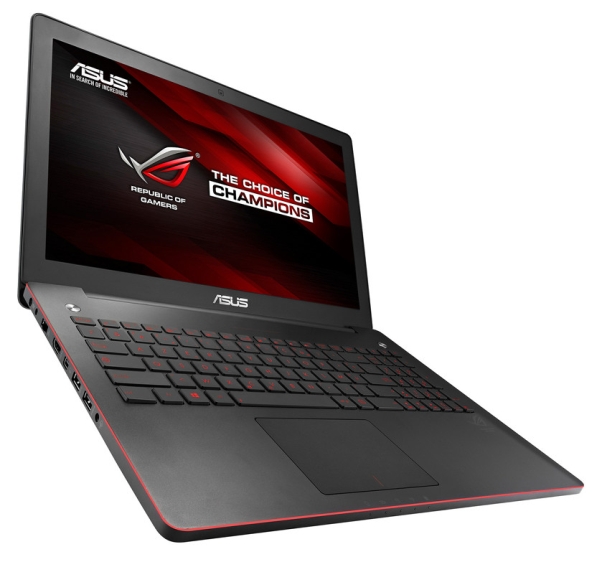 As far as storage is concerned, the new ASUS ROG G550JK will be available with a couple of different configurations depending on the SKU and pack 2.5-inch SATA 1TB/1.5TB 5400rpm HDD, 2.5-inch 750GB/1TB 7200rpm HDD, single 2.5-inch 750GB SSH 5400rpm HDD or a 2.5-inch 256GB SSD. It also has a couple of ASUS exclusive features including ROG-exclusive ASUS TurboMaster technology with GPU Tweak software which allows the GTX 850M GPU to be overclocked when needed, ASUS SonicMaster Premium, incorporating ICEpower, Bang & Olufsen technology which should give it much better sound and ROG red illuminated chiclet keyboard. 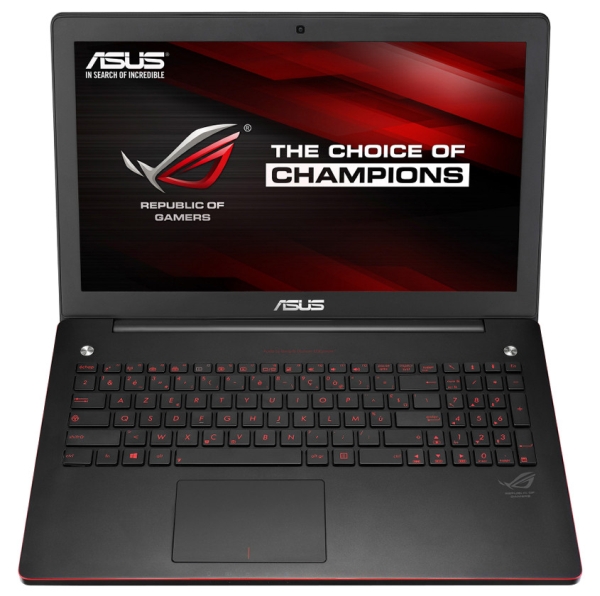 It also comes with all the usual bells and whistles like the 802.11bgn or 802.11 agn WiFi, Bluetooth 4.0, Gigabit Ethernet, three USB 3.0 ports, choice of Blu-ray DVD Combo, Super-Multi DVD or Blue-ray Writer for optical drive, 2-in-1 card reader, HD web camera as well as mini DisplayPort and HDMI otuputs. Unfortunately, battery details are not listed on ASUS' official website but we guess that it will be available with couple of different choices depending on the SKU.

Unfortunately, we could not find a single ASUS ROG G550JK SKU listed anywhere in Europe or the USA but hopefully this one will soon show up on retail/e-tail shelves. ASUS' announcement also did not shed any light on the price or the availability date. 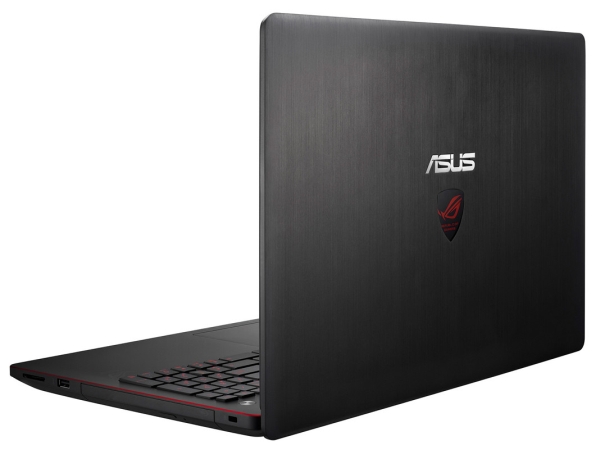 Last modified on 30 May 2014
Rate this item
(0 votes)
Tagged under
More in this category: « Microsoft officially unveils Surface Pro 3 tablet Asus announces Zenbook NX500 Ultrabook at Computex 2014 »
back to top