AMD has showed us its reference tablet based on the 28nm Mullins chip. It works at 1.2GHz and it is a quad-core part. AMD told us that they never had issues with 64-bit support on tablet chips. We saw it running Windows 64-bit and the overall performance was quite good.

The tablet in question had 2GB DDR3, Low Power 2014 APU i.e. Mullins, 60 GB mSATA SSD, 1920x1080 display and as mentioned Windows 8.1 64-bit. Quanta made the reference design tablet. It supports USB 3.0 as well as mini Display port all via Lighting Bolt. We could learn from AMD that the reference design is wrapped the 10-inch form factor and we don't expect smaller devices. The chip itself is at a tablet acceptable 4.5W TDP. 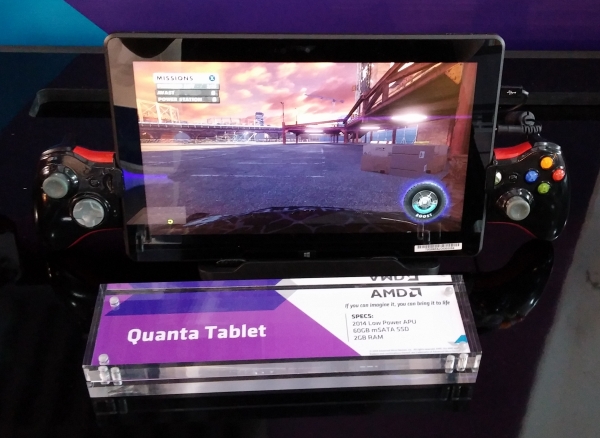 We don’t know the actual battery life since this is still a reference design tablet, but some retail tablets should be out by the middle of the year, AMD told us. MSI's W30 with an AMD A4 1200 processor is already out, and there's a Xolo tablet - these are the first vendors to launch a 28nm AMD APU in a tablet. This year should be better and there should be a few more designs based on these quad cores. 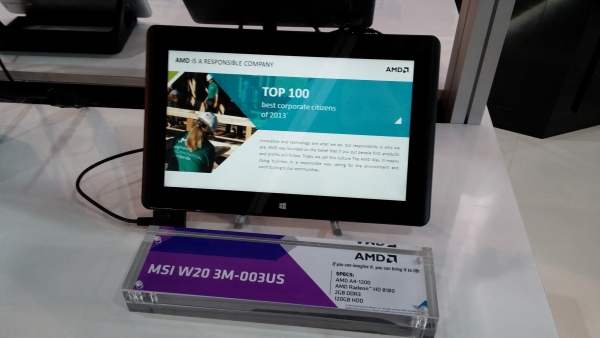 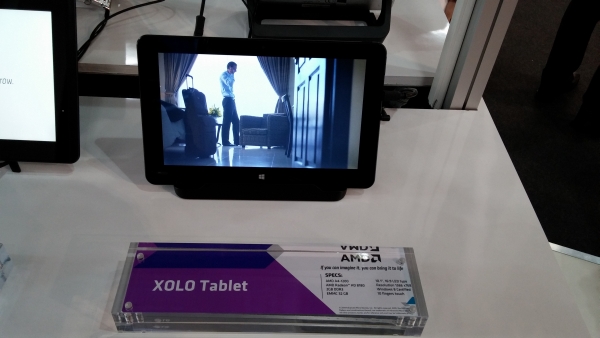 These tablets offer a decent amount performance and as long as the battery can last enough and they will compete well against Atom chips including freshly launched dual Atom Z3460, Z3480 Merrifield based dual cores and Atom Z3560 dual and Z3580 Moorefield quad core, all based on Airmont 22nm core.

AMD also showed its ULV mini PC and some gaming controllers but we will talk about this in another piece, since they aren't exactly new. 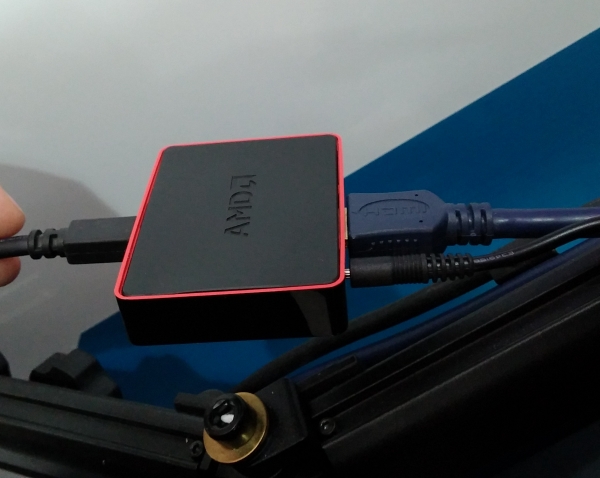 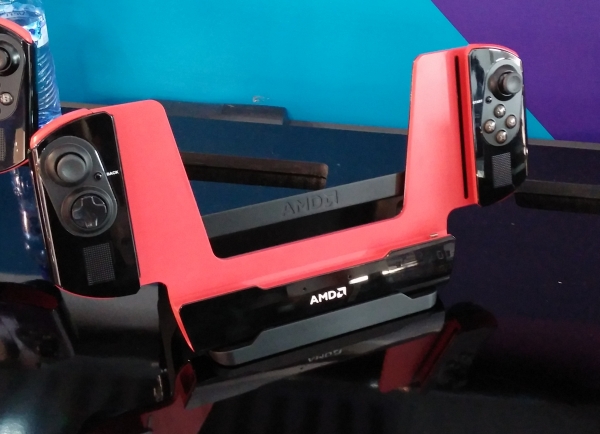 Last modified on 27 February 2014
Rate this item
(0 votes)
Tagged under
More in this category: « Acer working on Aspire S7 Ultrabook with WQHD display Apple updates MacBook Air with new Core i5 CPU »
back to top