Although it tends to reserve big announcements for its own events, Samsung used the Consumer Electronics Show in Las Vegas to show off an interesting line of tablets. The Pro line features some the best hardware on the market and a spec sheet to drool over, so we weren’t expecting it to come cheap. However, it now appears that Samsung Pro tablets won’t just end up expensive, they will end up obscenely overpriced, with some SKUs even going into four-digit territory.

Three European retailers have listed the new tablets and if their prices are right the cheapest device will start at a whopping €699. This is the TabPro 8.4, with a Qualcomm Snapdragon 800 cloecked at 2.3GHz, with Adreno 330 graphics, 2GB of RAM and 16GB of storage. It features a 2560x1600 8.4-inch screen which sounds impressive, but does not justify the high price. The LTE version costs €100 more. We are not sure there are many people willing to pay €799 for an 8.4-inch tablet with 16GB of storage. 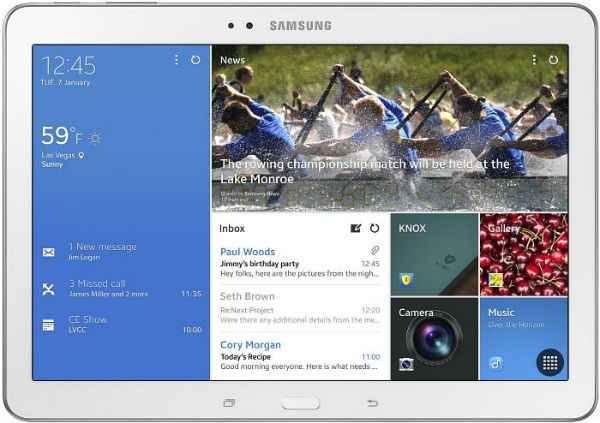 The TabPro 10.1 brings an Exynos 5 Octa processor and it is currently listed at €799. It has the same resolution on a bigger screen and the same amount of memory and storage as its little brother. The LTE version is powered by the Snapdragon 800 and it is listed at €899.

The flagship NotePro is even worse, as it is listed at €999 and €1099 depending on the chipset.

Needless to say these are not official prices, but the fact that three different retailers in two countries are listing the exact same prices is not reassuring. Who knows, perhaps Samsung believes there is a market for €999 Android tablets and it has some market research to prove it. We are not convinced to say the least.

Rate this item
(0 votes)
Tagged under
More in this category: « Intel and AMD going after Android iPad still dominates enterprise tablet landscape »
back to top