People all over industry have been telling us that the Nexus 7 2013 has seen slower sales than the original 2012 Nexus 7. Last year’s Tegra 3 powered 7-inch tablet was a relatively good seller, but we haven’t seen that Nexus 7 2013 has been flying of the shelves.

The price of the new one is higher, Google used last year’s Snapdragon 4 Pro APQ8064 rather than a brand new chip, but it did bring a high resolution 1920x1200 screen. However, multiple industry figures are telling us that people simply want more than 7 inches in a tablet, so 8-inchers will be big next year.

Ever since the iPad mini came along all of a sudden demand for 8-inch tablets skyrocketed, although they weren’t exactly invented by Apple. This is exactly what Google has in mind.

Google even leaked a picture of a model holding an 8-inch tablet that looks a bit like LG’s 8.3-inch tablet, but although we can’t confirm that particular device is the upcoming Nexus 8, we can confirm that Google is working on such a device. The picture that was the net might not be it, but you can find it here and below. 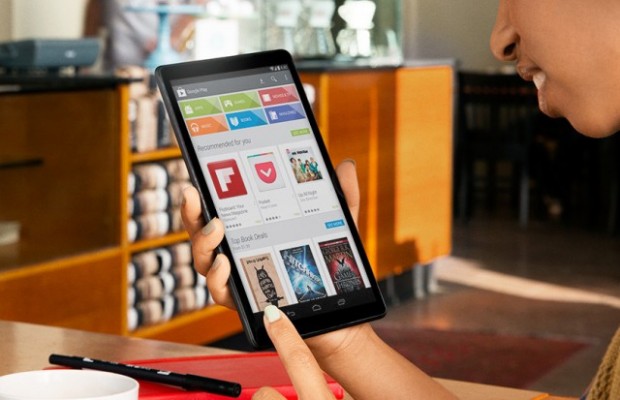 We learned a few details, but not much. Our sources expect it to have a much better processor than the anno 2012 Snapdragon S4 and there will be many 28nm quad-core chips to choose from. Could it be a 64-bit part? That would be rather unlikely, which means A15, A12 or custom ARMv7 cores. In addition, it is still unclear who will build it. The fact that LG builds the Nexus 5 and the LG G Pad doesn't mean it will build the Nexus 8.

If priced right, the Nexus 8 cold once again be a hit, but there is still a lot we don’t know. It would fit nicely into Google’s tablet portfolio, probably halfway between the $229 Nexus 7 and $399 Nexus 10. For $199 it would be a realy killer, but we doubt that as much as we doubt the picture.

Last modified on 07 November 2013
Rate this item
(0 votes)
Tagged under
More in this category: « A bigger iPad in the works? Nvidia shows off Tegra Note 7 demo videos »
back to top