Archos is at it again. Just weeks after it introduced its Titanium series, the outfit is back with three new tablets with speedier chips under the bonnet. 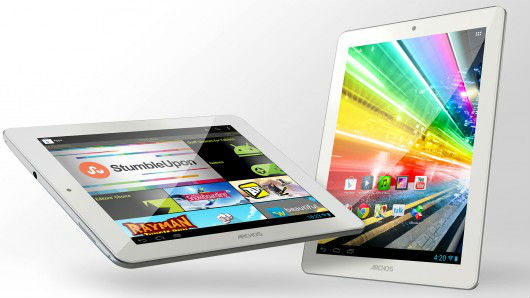 The Archos 97 Platinum is basically a 97 Titanium on steroids. It features the same 2048x1536 screen, but unlike the Titanium it is powered by the new quad-core and has 2GB of RAM. It is priced at $299.

All three will ship with Android 4.1, but bear in mind that Archos has a pretty good track record when it comes to updates, so we don’t doubt for a second that they will get Android 5.0 at some point. The highlights are definitely the PowerVR SGX544 GPU and 2 gigs of RAM and to be honest we can’t think of anything similar in the $199 to $299 price range.

You can check out the full specs at Archos.

Rate this item
(0 votes)
Tagged under
More in this category: « Shark Bay for business comes in Q3 2013 Gainward Galapad tablet goes on sale in Europe »
back to top