Intel has the general idea that enabling touch and speech recognition on ultrabooks is the way forward and it is showing off Dragon voice software for ultrabooks at IDF. So,

Intel will have voice on its platforms very soon, thanks to Dragon. It works on an ultrabook and it is basically a Siri-esque feature that enables you to search, tweet and do a host of other things with voice. Intel searched Amazon for sunglasses and tweeted about it at the presentation.

The software can recognize some hard to pronounce words like the name of a non-US author and Dragon understands it. It looks and works better than Siri and shows some advantages over Google’s voice search engine. The beta should be out in Q4 2012 and production software is slated for Q1 2013. 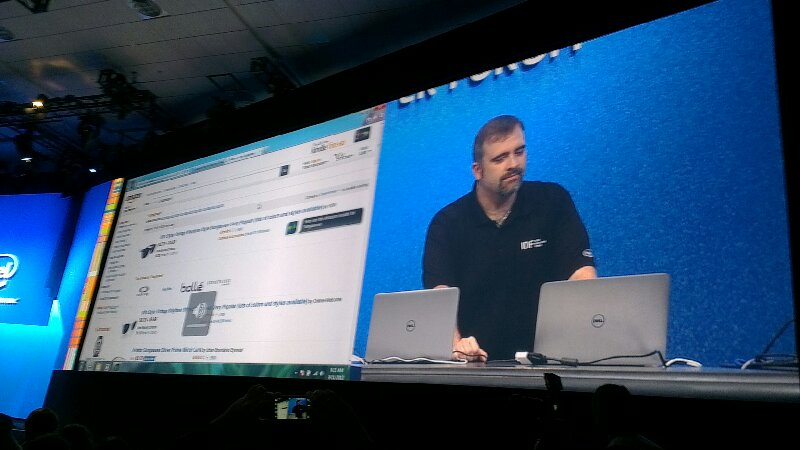 Last modified on 11 September 2012
Rate this item
(0 votes)
Tagged under
More in this category: « 7-inch Kindle Fire HD clocked at 1.2GHz Intel talks about 20+ Atom tablets »
back to top