After the original teaser back in March and a first official press picture earlier in August, Archos has now officially announced its new Gen 10 tablet, the 10.1-inch Archos 101 XS.

Based around the 10.1-inch 1280x800 touchscreen, the new Archos 101 XS features dual-core TI OMAP 4470 CPU clocked at 1.5GHz with PowerVR SGX544 GPU and 1GB of RAM memory. The rest of the specs include 16GB of flash storage, micro USB port, microSD slot with support for up to 64GB SDXC cards, mini HDMI output, WiFi and Bluetooth 4.0 and a single 1.3M front facing camera.

The main feature of the new Archos 101 XS is its Coverboard, a magnetic cover that doubles up as a keyboard dock with full QWERTY keyboard and a couple of dedicated Android OS buttons.

Unfortunately, the Archos 101 XS will ship with Android 4.0 ICS OS but Archos did not that the 101 XS will get the Android 4.1 Jelly Bean update sometimes in Q4 2012. In addition to the quite unique Coverboard, Archos also announced a couple of other accessories including a speaker dock, docking station and protective pouches.

The Archos 101 XS will be available in the U.S. as of November with a US $399.99 price tag, including Coverboard. The European part of the market will get it as early as mid-September and according to our info it should end up with a €379,99 price tag in Germany and a £299.99 suggested retail price in the UK.

You can check out some of the early reviews at Engadget, The Verge or Pocket-lint. 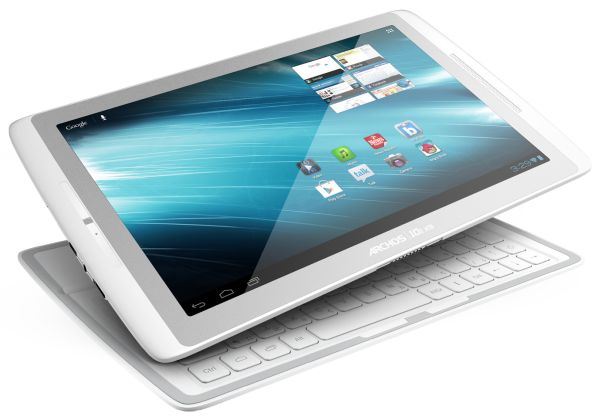 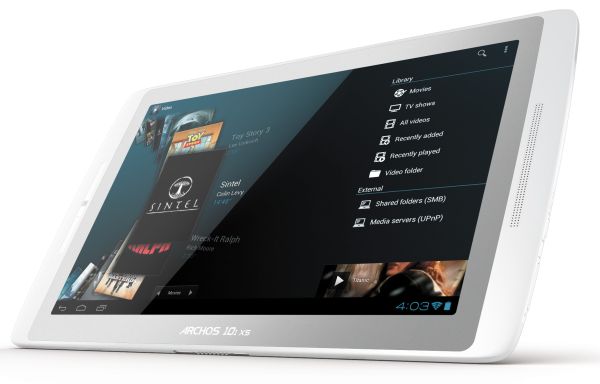 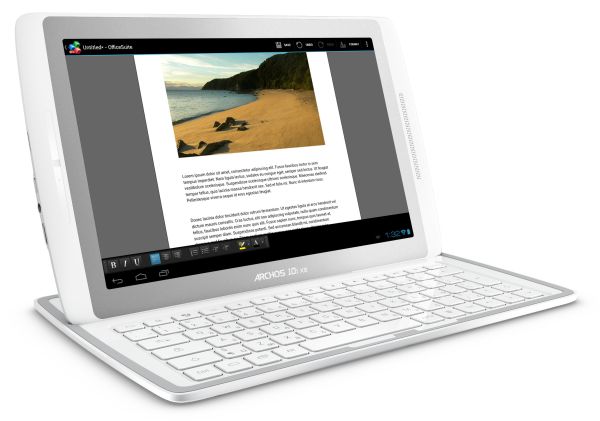 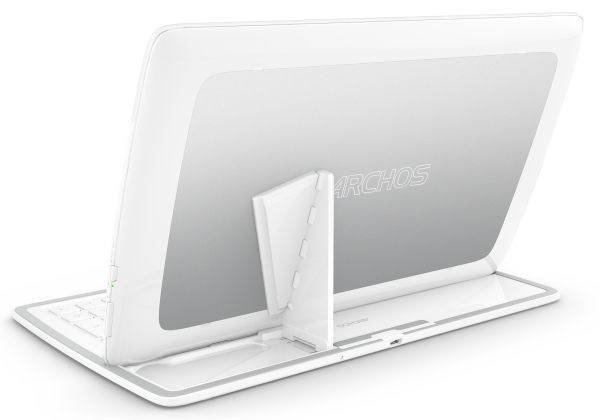 Last modified on 23 August 2012
Rate this item
(0 votes)
Tagged under
More in this category: « HP hires Nokia executive to get back into tablets Google Nexus 7 to hit Europe on September 3 »
back to top