Archos has finally announced its first Honeycomb-based tablet that will ship with a price tag under US $200, the Archos 70b Internet Tablet.

As far as the specs are concerned, the new 70b Internet Tablet features a 1.2GHz CPU, a 7-inch 1024x600 capacitive touchscreen, 512MB of RAM, 8GB of storage space expandable by microSD card, all running on Android 3.2 Honeycomb OS. The rest of the known features include WiFi and HDMI output.

The availability for the USA and the UK is scheduled for next month while we expect it to be officially presented over at CES show in Las Vegas. The price stands at $199.99/£179.99, so it will have to compete with similarly priced tablets from Amazon, Lenovo and Barns & Noble. 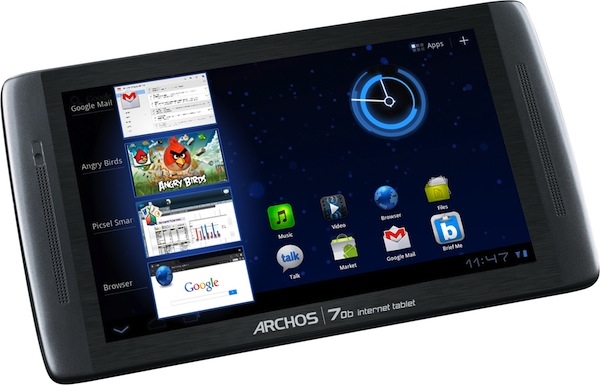 Last modified on 21 December 2011
Rate this item
(0 votes)
Tagged under
More in this category: « Google Nexus tablet touted as game changer Acer said to be working on 15-inch ultrabook »
back to top