Selling in December in US, Europe later


Asus has finally launched its new flagship tablet, famous for its keyboard dock. The Transformer Prime, not Transformer 2 as some benchmarks suggested, is the first tablet to feature Nvidia's quad-core Tegra 3 processor inside.

Since Tegra 3 has a fifth companion core, it works between 500MHz when you browse the web, 1.4GHz when only one core is active and 1.3GHz when you play games and use all four cores. Transformer Prime is an aluminium design and has 32GB storage for $499 model and $64 for $599 (which makes it much cheaper than iPad 2). Asus now claims 12-hour battery life for video playback and the keyboard dock can provide an additional 6 hours.

Transformer Prime is 8.3 millimetre thick, it has a 10.1-inch Gorrilla Glass super IPS panel in 1280x800, along with mini HDMI, something we've seen on the original Transformer. Android 3.2 is the OS of choice out of the box, but Ice Cream Sandwich, pr Android 4.0 should land on this tablet before the end of the year, at least if all goes well.

Once again the keyboard dock sells for $149, a bit too steep for many, but it features USB 2.0, touchpad, full size SD slot, and obviously a chiclet keyboard. As you can expected it will miss the traditional Windows keyboard, at least in this generation. It comes preinstalled with SuperNote and Polaris office.

Let’s not forget 1GB of RAM, gyroscope, GPS and 1.2 megapixel front facing camera. The main camera is 8 megapixel with auto-focusing f/2.4 lens and it can even capture 1080p video. It comes with touch to focus, which is a very neat feature.

Transformer Prime weighs 586 grams (1.29 pounds) and with 8.3mm (0.33 inches) it is skinnier than the iPad 2 or Samsung Galaxy 10.1. Of course, it is heavier with the keyboard dock. It comes in two colour options, Amethyst Gray and Champagne gold, both of which are pretty stylish, but we find the titanium look of the former a bit more appealing.

If you ask us, Transformer prime might be a very good ultraportable substitute, with 32GB storage and keyboard dock it will sell for $648, much cheaper than Intel’s ultrabooks, but ultrabook come with more storage, more processing power, and crucially Windows 7.

Shipping is scheduled for December, as of today we are not aware that Asus started even sampling these devices and it looks to us that it will ship in US first and later in Europe and the rest of the world, but these things change on a weekly basis. Transformer Prime is in production now, but as you can imagine Asus has delayed the launch from August to December, due to some serious issues.

Here are a few pictures, of what is arguably the fastest ARM-based tablet in the world. 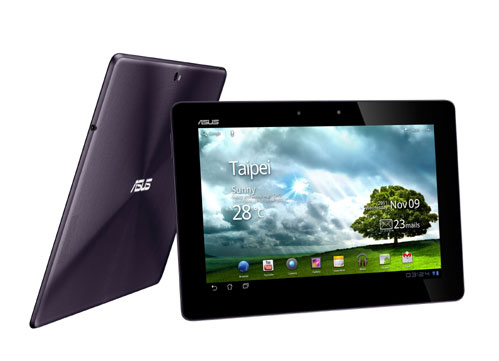 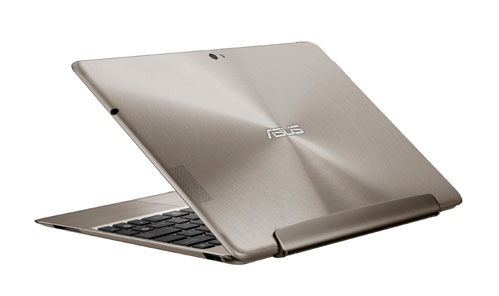 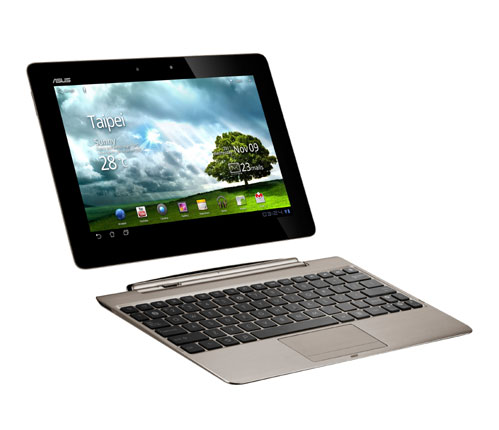 Rate this item
(0 votes)
Tagged under
More in this category: « Barnes & Noble goes hard against Amazon Asus and Acer cut ultrabook orders by 40% »
back to top