With slide-out keyboard
Blogeee.net managed to score some details regarding the upcoming Samsung 10-inch tablet that should appear sometimes in April or March next year.

The Gloria, as Samsung named it, is a 10-inch slate device running Windows 7 with Samsung customization in order to make it a bit more touch friendly. Another neat concept feature is the slide-out keyboard that should be featured. By the looks of it, this just might turn out to be great for those not very fond of touch screen keyboards.

The only detail regarding it is the mentioned date which is set for April or March 2011. Whether it is based on Intel's Oak Trail platform or something else, it is still unknown. 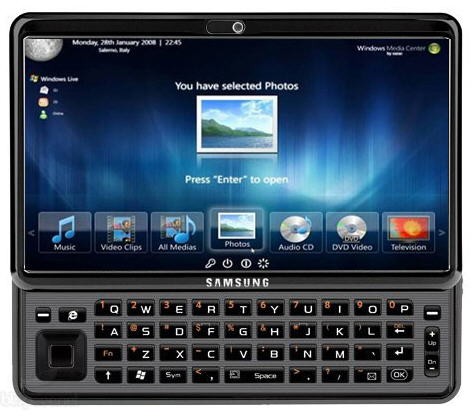 Last modified on 08 December 2010
Rate this item
(11 votes)
Tagged under
More in this category: « Google shows off first Chrome OS notebook Alienware's M17x to get Sandy Bridge »
back to top