Tegra does well with Android 2.2


Point of View has released a video showing some of the key features of its 10.1-inch Mobii Tablet with Nvidia Tegra. Although we are still waiting for it to hit retail/e-tail shelves, it's nice to see how it fares in certain scenarios.

Just to remind you, Point of View's Mobii Tablet features 10.1-inch capacitive multi-touch screen (1024x600), 512MB of system memory and 512MB of NAND flash memory, support for microSD cards (up to 32GB) and perhaps the most important - it is based on Nvidia's Tegra 250 chip, a 1GHz dual-core Cortex A9. This means that Mobii Tablet is more than capable for hardware accelerated 3D/Video and features Adobe Flash support.

Although we are still wondering about its multi-touch capabilities, the guys from POV made sure the video shows that this one runs on Android 2.2 Froyo OS and that the device is capable of playing 1080p video, as well as Flash.

The 10.1-inch Mobii Tablet should appear in retail/e-tail pretty soon, or to be precise, sometime during this month. We'll surely keep an eye out for it.

You can check out the video below. 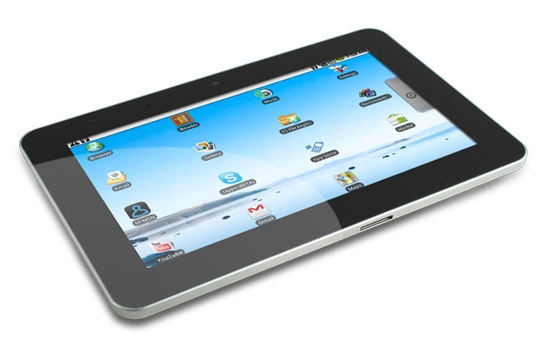