The war between Blu-ray and HD-DVD format is a never ending story. LG is did nice work with Hybrid-player who is capable to play both formats. Optiarc, a synergy between Sony and NEC is capable of doing the same thing but Sony wants to sell Blu-ray discs only because it is its own. For now Optiarc is showing whole range of Blu-ray discs. 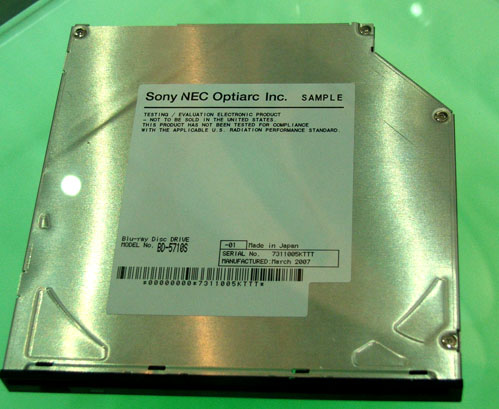 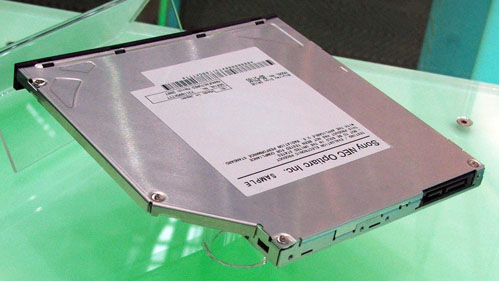 On their booth we spotted one ultra slim Blu-ray writer for notebooks. It is brand new sample made this month, and you can tell that from the date. Named is BD5710S and is Slot-in with S-ATA. Finally the optical drives become SATA only. 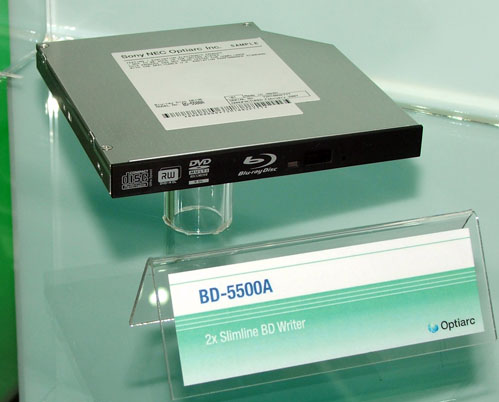 Labelflash is beside Lightscribe new trend. It should be much faster than Lightscribe method and Opticar have two versions of drives that can support it.


AD7173S is 18x S-ATA DVD multi writer with Labelflash, and second one is named AD-7913A and is 8x DVD writer for notebooks. Overall we will have a lot of new products from Optiarc.

Last modified on 21 March 2007
Rate this item
(0 votes)
More in this category: « The dark side of CeBIT The perfect hostess »
back to top