AMD confirms "together we advance_PCs" event for August 29th 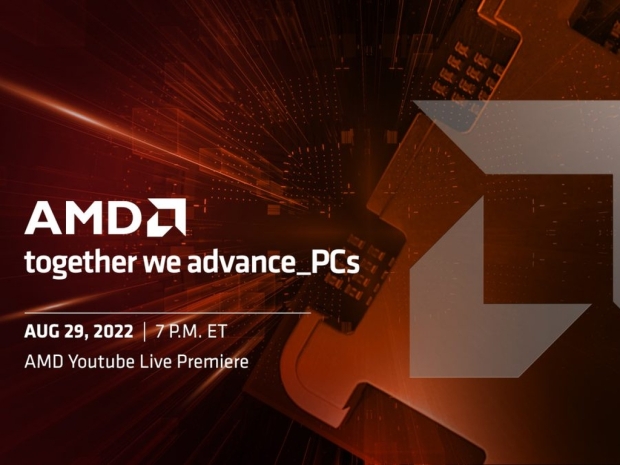 Zen 4 and AM5 are the stars of the show

AMD has confirmed its "together we advance_PCs" event for August 29th, a livestream premiere of next generation AMD PC products.

The event will be led by chair and CEO, Dr. Lisa Su and, CTO, Mark Papermaster, as well as other AMD executives, showing details on the latest Zen 4 architecture and the new AM5 platform that will bring support for DDR5 and PCIe5.

The event will kick off at 7PM ET on Monday, August 29th, on the AMD Youtube channel. It will be available for replay after the event at AMD's own site as well.

In the meantime, the newest rumor suggests that AMD has pushed back the launch of its AMD Ryzen 7000 CPUs from September 15th to September 27th, most likely to rain on Intel's parade and its scheduled Innovation Intel event set for the same date. Of course, bear in mind that AMD has only confirmed the event and the launch date will be set in stone at the event.

Rate this item
(3 votes)
Tagged under
More in this category: « Apple forced to pay staff $30 million Apple moving production to Vietnam »
back to top