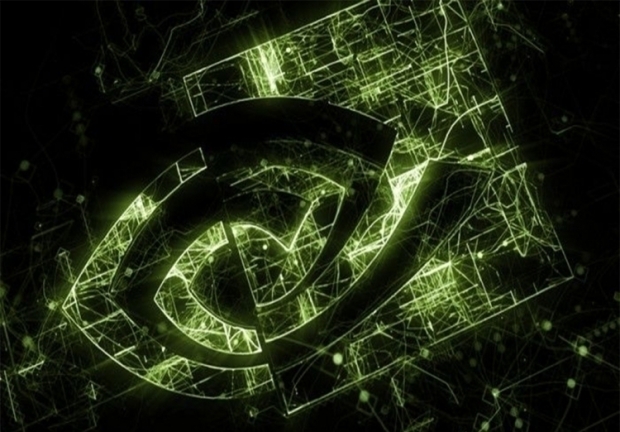 Analysis: Strong opposition in the UK, EU, and especially China

It has been 54 weeks since Nvidia announced its ambitions to acquire ARM for approximately $40 billion. We intentionally use the term ambition as things are still far from looking good more than a year later. More and more voices in the industry and regulatory bodies are against it.

One can start with industry opponents and competition who doesn't see Nvidia, a company that many of them are competing with, as a good choice to control one of the most important IP assets in the computer industry. There is a big concern that Nvidia might help its cause rather than its IP licensees, a matter that Nvidia vehemently denies, but it is hard to know how the deal would play out in the longer term.

It is hard to imagine that big names in the chip industry such as Intel, AMD, Qualcomm, even Tesla will be fonds of Nvidia on the helm of the essential IP for most of their product portfolio. There is a similar concern in the automotive, robotic, wireless, and IoT industry. We will come back to the automotive industry as we see a big hurdle with the future development of ARM-powered cars if Nvidia gets control of the IP.

Analyst Roger Kay did an excellent piece for the ZDNet with many pros and cons, giving his unique view.

Nvidia has some support

Nvidia gathered a few supporters in the chip industry. Some big names including Broadcom, Marvell, and MediaTek. In this important momentum that happened in late June, things started to look a bit brighter.

A few weeks after the support was announced, Nvidia demonstrated Geforce RTX Raytracing on the MediaTek platform. Quid pro quo.

Citi gives them a 10 to 30 percent chance

As a direct result of the announcement, Citi has increased the likelihood of Nvidia's planned $40B acquisition of ARM from 10% to 30%. If you take a moment to embrace this information, it is hard to find a parallel universe where 30 percent are good odds. Still, Nvidia rose 4.1%.

Let me be clear. I said back in September 2020 that Nvidia won't be able to close the ARM deal based on the aggregated knowledge of the market situation, regulatory agencies and the way they operate, geopolitics, and the competition implications. The 10 percent likelihood might have been a bit harsh, but the odds were always more against than for the deal.

Nvidia failed to file the paperwork in the EU, some 11 months after the deal was announced. EU commission is everything but fast, and these people take time. To put things in perspective for the US readers, it is hard to do any severe paperwork of the political organization in August, as many countries, predominantly Italy, are on vacation most of the month. EU Commission will take months, probably multiple quarters, to reach the decision and grant a potential acquisition and rule in or against the Nvidia AMR deal.

The paperwork was supposed to be filed earlier in September, but it is unlikely to hear back on the ruling this year based on a few conversations with subjects who are aware of how things work.

The next major milestone was that the US FTC (Federal Trade Commission) interviewed industry leaders about the matter last year. The FTC deal probe will take quite some time, and it is uncertain if they will rule for or against it, but we still believe that the odds, even in the US, are more against it. The logic behind this is that the deal might endanger many US chip companies and the ability to compete fairly.

Since the UK is now free from EU bureaucracy and enjoys the benefits of Brexit that include food and oil shortages, at least it can decide on its own. Since ARM was originally a Cambridge UK headquarters company, now the UK is probing into the matter.

On August 20, Britain's competition regulator believed that the deal could damage competition and weaken its rivals. Good morning UK, that's what we said all along.

I will only mention a few other big ones South Korea, Japan, Taiwan, and dozen other countries, including one big one, China. All regulatory agencies across the globe have to favor the deal for Nvidia to close the acquisition. If one says no, it all falls apart.

China is playing its usual game. The country's regulatory agency is waiting for the big one to decide before it answers. Most likely, we will hear from FTC in the US and the European Commission in the EU before we hear a decision out of China. So in the matter of speaking, China has the last word, and this is not great news for US-based Nvidia, Japan-based SoftBank, the current owner of the money bleeding ARM, and UK-based ARM.

Significant opposition might be forming in the car industry. A lot of them are using the ARM architecture. There are a lot of ARM-based processors and computers in ADAS Advanced driver-assistance systems, domain controllers, cameras, sensors, radars, infotainment, you name it. The modern car is full of ARM IP and US companies; let us pick a few Tesla, Ford, General Motors, FCA cannot be over the moon about the deal either. To stay on the facts, none of these companies, to our knowledge, went on the record criticizing the deal, but we know for a fact that Tesla was in talks with opponents of the deal, raising its concern.

Self-driving feel taxies and companies including Cruise, Uber, Lift cannot be happy either. Neither are Japanese or Korean auto manufacturers.

German car manufacturers cannot be over the moon about the deal either. With the dawn of self-driving cars, the real ones, not the Elon Musk definition, ARM IP might play a major role in getting cars and passengers safer from A to B. It is starting to sound that each paragraph could be broke into a story on its own.

RISC-V might be the only viable alternative, but it will take years and decades to get to the place where ARM is. ARM took more than 20 to 30 years to get where it is today. Since the announcement, one of the leaders and big gainers using RISC-V is the SiFive company. It is gaining popularity and designs as we speak, but this architecture alternative will take time.

For the ones who like to skip right to the end, we believe that it is highly unlikely that Nvidia will manage to close this deal and acquire ARM from Softbank.