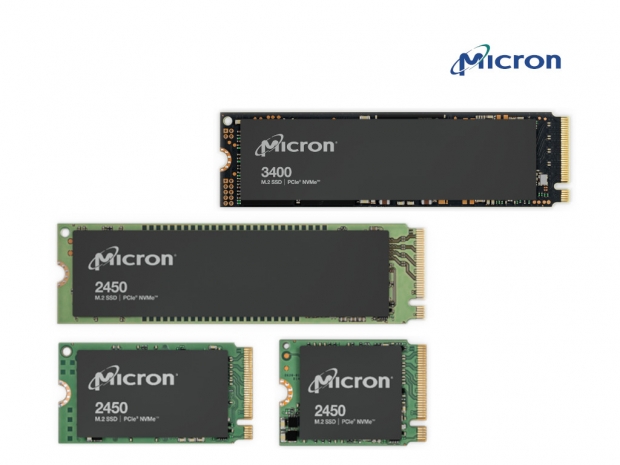 During its Computex 2021 presentation, Micron announced it has started shipping its first PCIe 4.0 SSDs, the Micron 2450 and Micron 3400, both featuring the latest 176-layer 3D TLC NAND flash memory.

The two new powerful and efficient client SSDs with NVMe PCIe Gen4 interface are meant for the client OEM market and the company was keen to note that these are the first drives based on the latest 176-layer 3D TLC NAND flash memory and offer exceptional performance as well as power efficiency, making them suitable for data-intensive workstations as well as for ultrathin, ultraportable notebooks.

The Micron 3400 series are high-end client SSDs and the direct successor of the Micron 2300 series, offering up to 85 percent higher write throughput. Based on an in-house developed controller and the aforementioned 176-layer NAND, the Micron 3400 will be available in 512GB to 2TB capacities and M.2 22x80 form-factor. 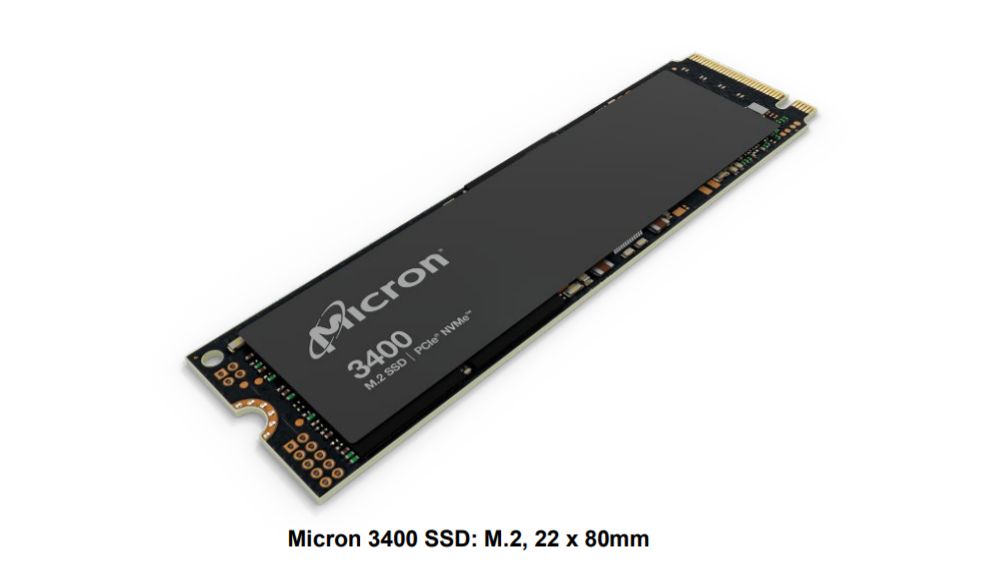 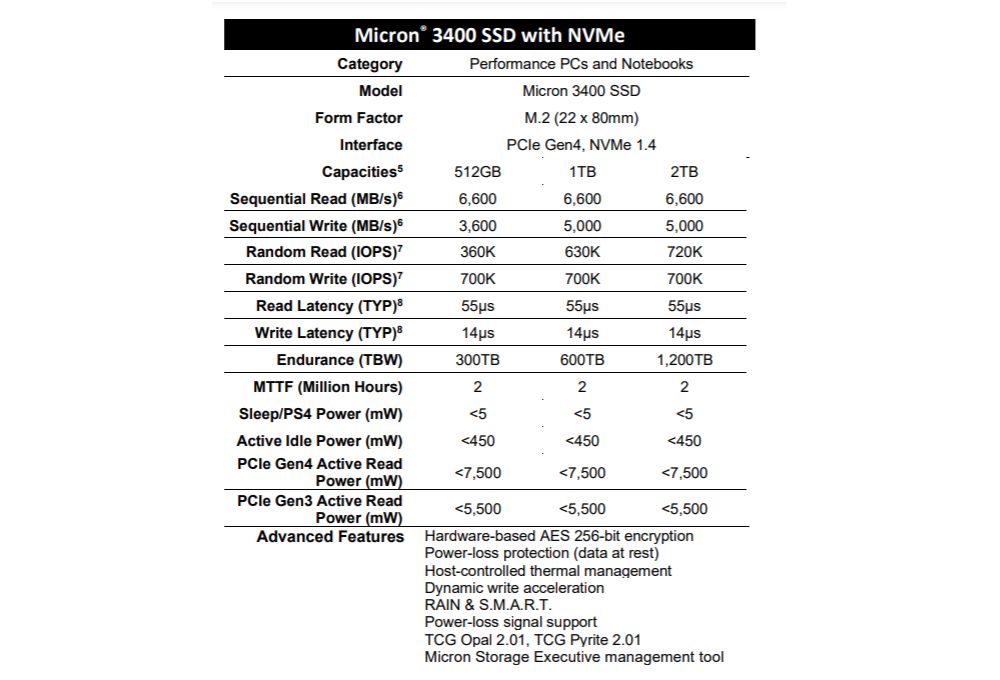 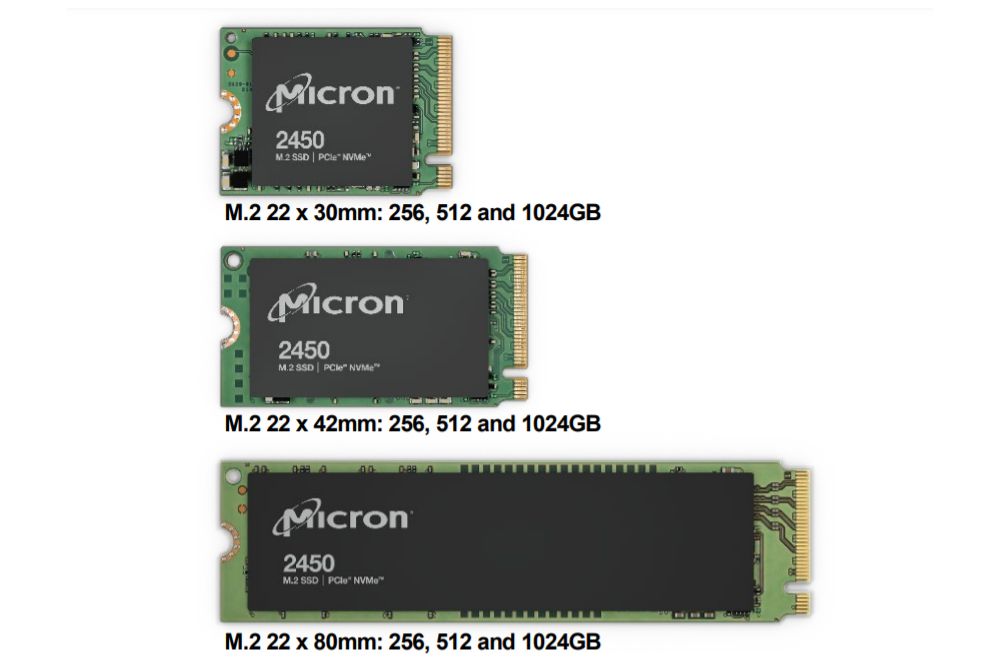 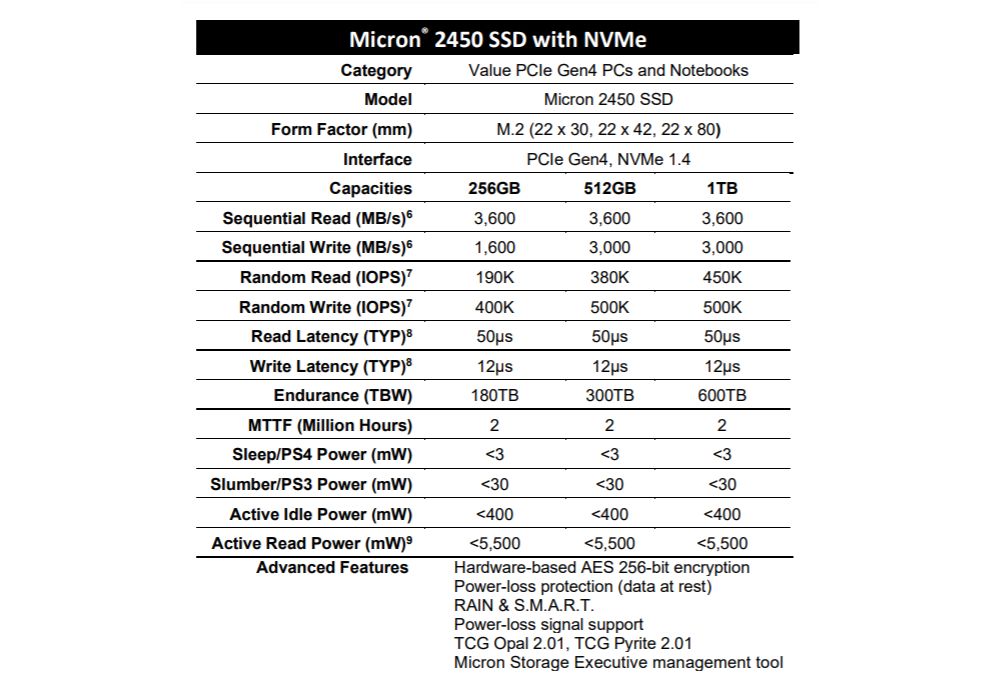 These offer endurance of up to 600TB TBW for the 1TB version, with MTFF of 2 million hours. The Micron 2450 SSD series also offer hardware-based AES 256-bit encryption, power-loss protection, RAIN and S.M.A.R.T., TCG Opal 2.01 and TCG Pyrite 2.01 support, and more.

Micron was keen to note that The Micron 3400 series offers very low power consumption, less than 3mW in sleep and less than 400mW in active idle.

Micron noted that these two new SSDs are already in volume production and currently shipping to customers.

Last modified on 07 June 2021
Rate this item
(1 Vote)
Tagged under
More in this category: « Fujifilm forced to shut down network FBI overreaches itself on snaffling records »
back to top