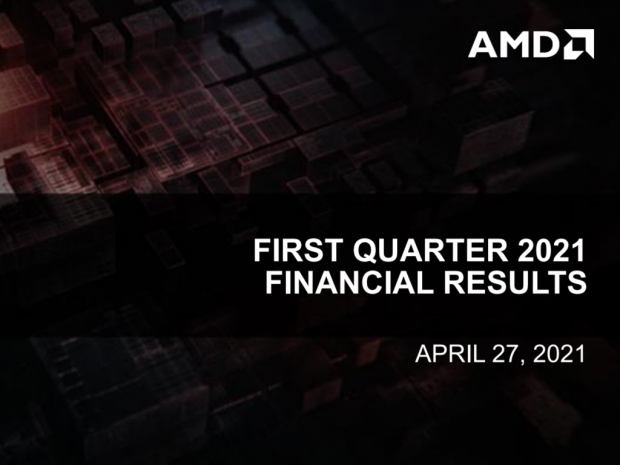 AMD has released its Q1 2021 financial results and the company is doing well in all segments, beating its previous records and reporting record revenue of $3.45 billion. 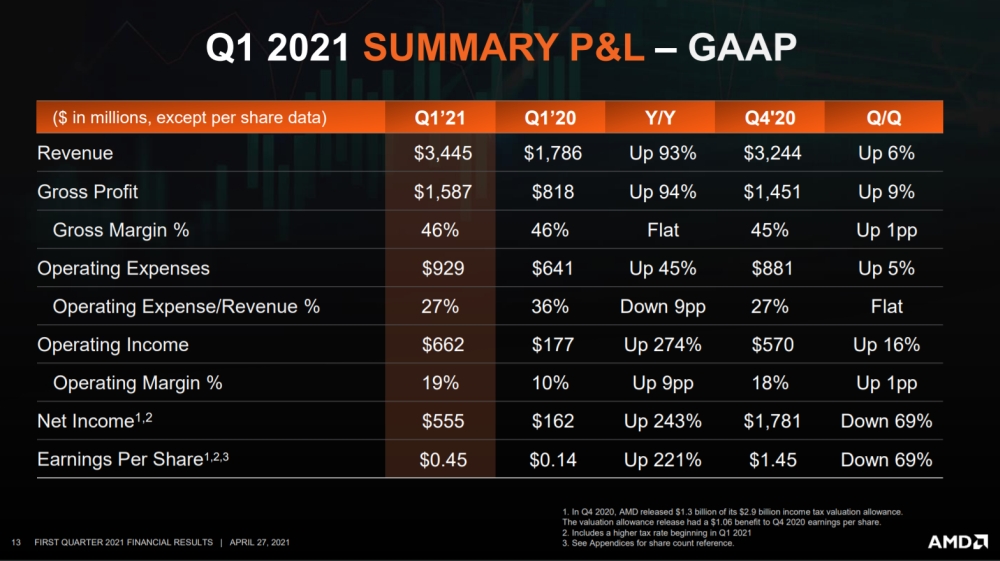 AMD is doing well on all fronts and all its segments are reporting an increase in revenue and sales, with Enterprise, Embedded, and Semi-Custom going up to $1345 million, and Computing and Graphics reporting a revenue of $2100 million.

These figures do not come as a surprise considering that AMD is selling as many chips as it can to Microsoft and Sony for their Xbox and Playstation consoles. 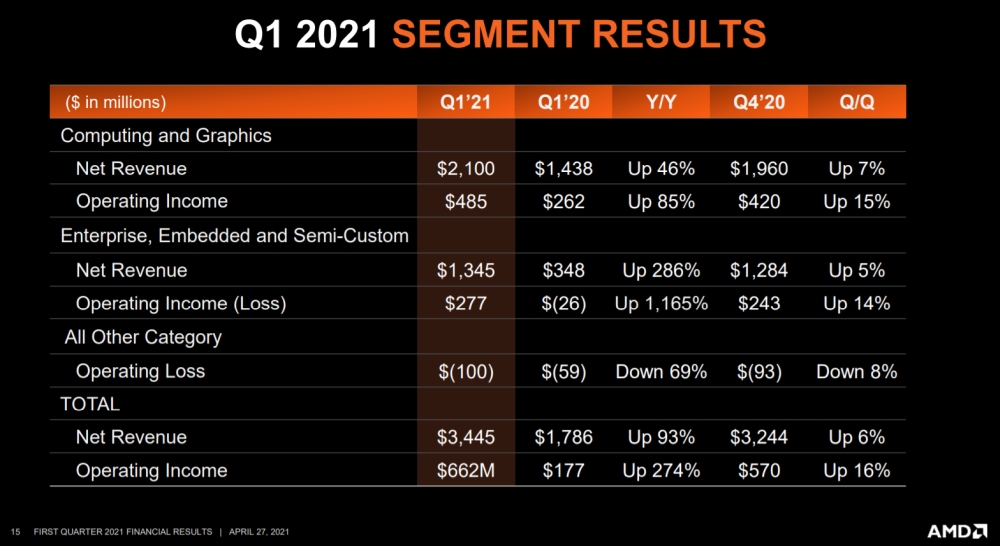 AMD's EPYC server processor sales have more than doubled according to the company report, at least compared to the last year.

With such a big demand on the computer hardware market, there is no wonder that AMD is selling every CPU and GPU it can supply, but the shortage is taking its toll and these numbers should be even higher.

AMD expects revenue of $3.6 billion in Q2 2021, with a gross margin of 47 percent, which is a solid increase. Operating expenses are expected at $900 million. AMD is on a roll, delivering on its promises and keeping up with announced roadmaps and there are plenty of new things on the table, including the rest of the Navi lineup as well as its mobile Radeon RX 6000 products, which are on track for a Q2 launch. 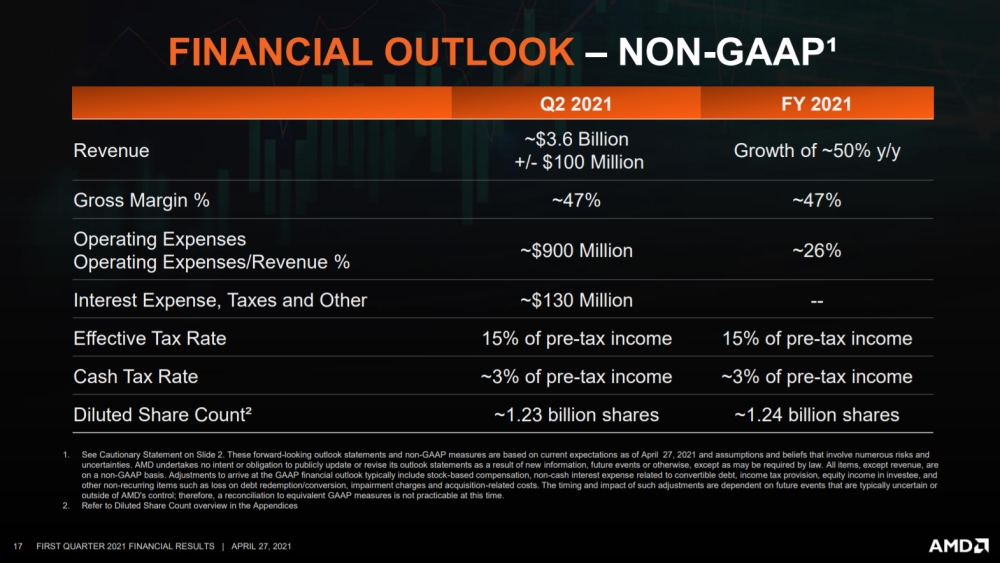 Last modified on 29 April 2021
Rate this item
(2 votes)
Tagged under
More in this category: « Google reports record profit New future for PC dawns »
back to top