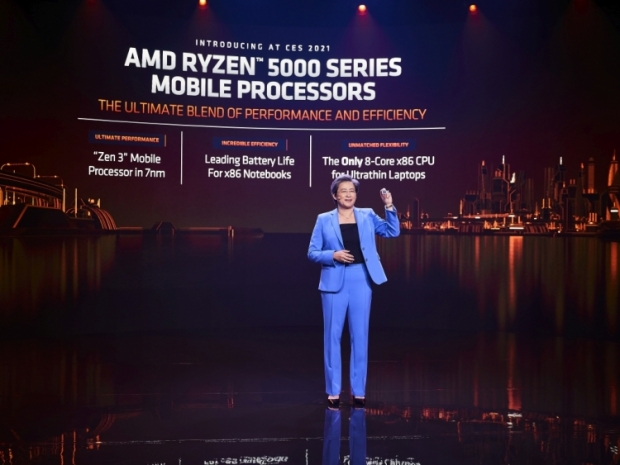 Steady increase across the board

AMD has posted its fourth quarter and full year financial results, showing a steady growth with a record revenue increase, and, most importantly, a strong increase in profitability. 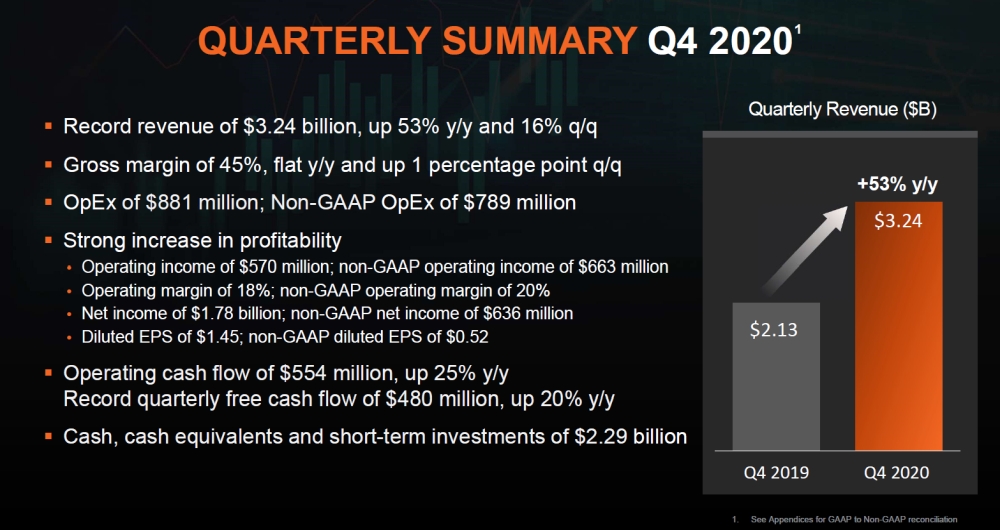 AMD had a great year 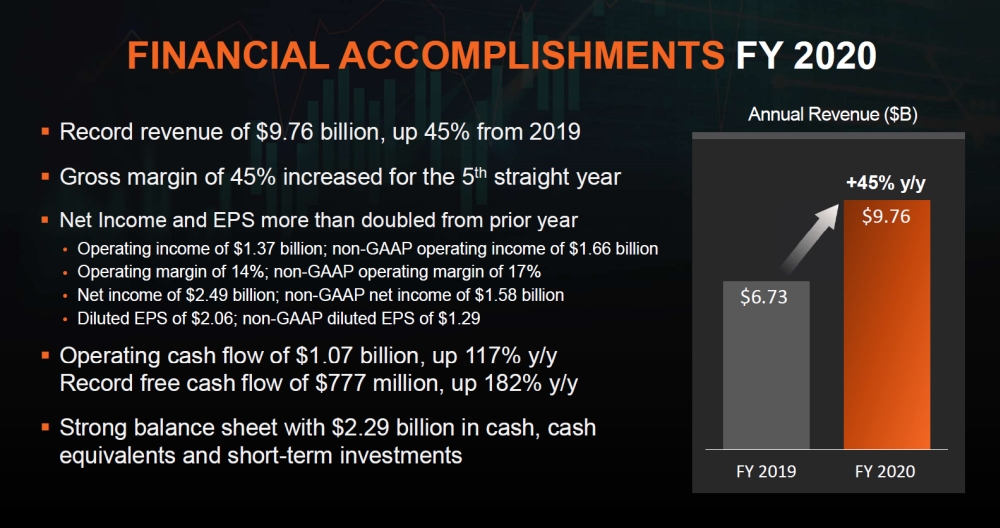 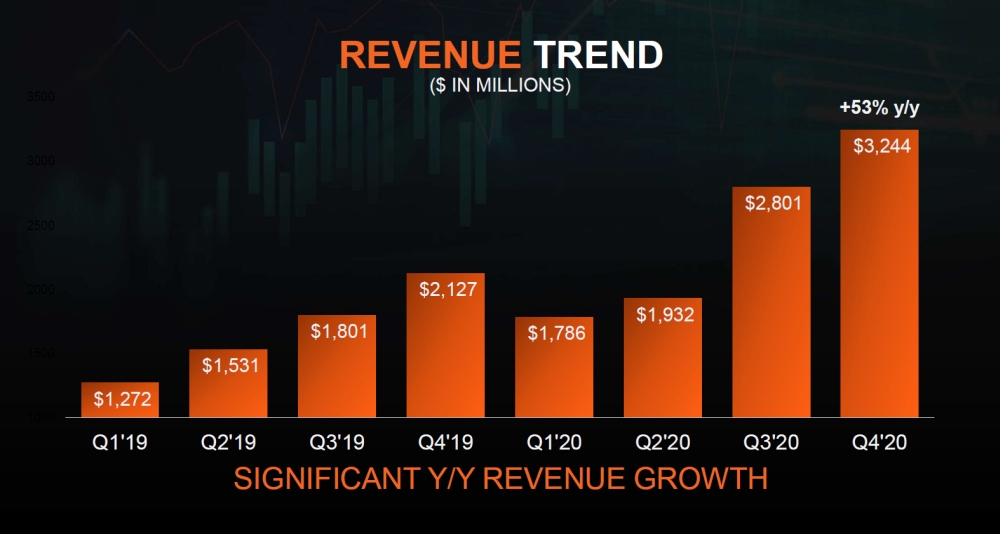 AMD's strong Ryzen sales resulted in a revenue of $1.96 billion from its Computing and Graphics group, with operating income of $420 million. The Enterprise, Embedded and Semi-Custom segment brought a healthy $1.28 billion, a big increase compared to the same quarter last year. 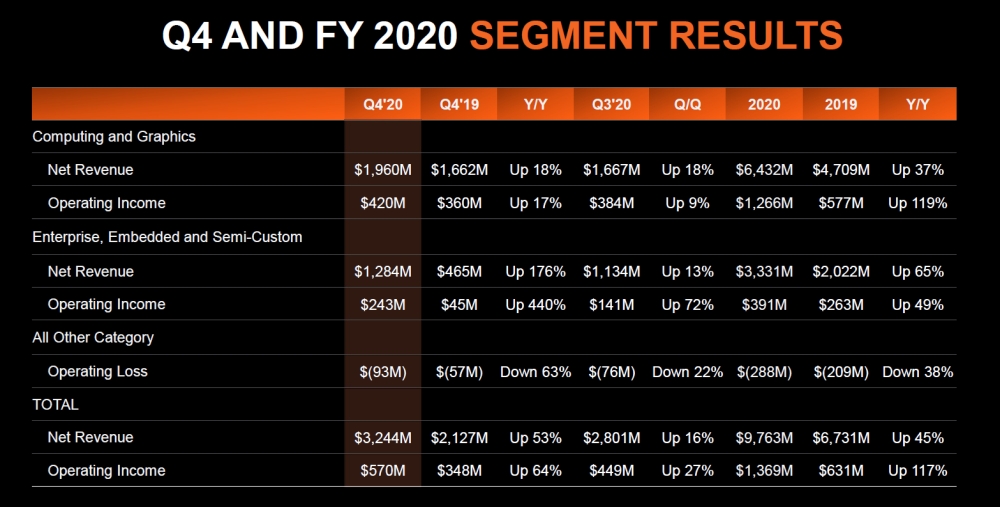 AMD expects a good Q1 2021 financial outlook, and despite the fact that Q1 is usually the slowest financial quarter, AMD expects a revenue of $3.2 billion, which is similar to the strong Q4 2020. Gross margin is expected at 46 percent, a one percent increase. 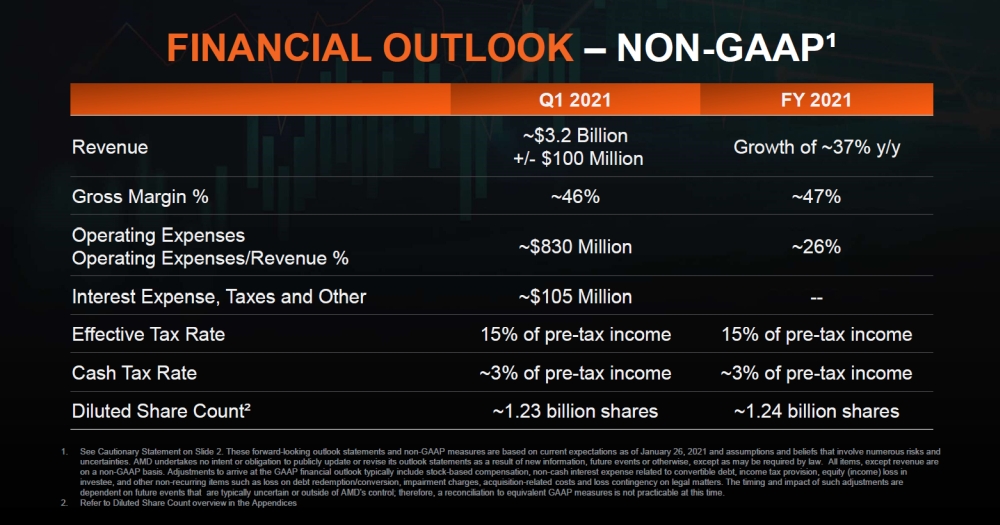 AMD's Zen 3-based Cezanne APUs have started shipping in laptops, and show promising results, and we expect strong sales from its Ryzen 5000 series desktop CPUs as well, so the company should do well in Q1 2021. Its server EPYC Milan CPUs should also come in late Q1 2021 and have a small impact on the financial side, as well.

AMD is definitely doing well and if wasn't for problems with supply, the company could do much better so hopefully, it will be over soon and we'll see a healthy supply of products on the market. 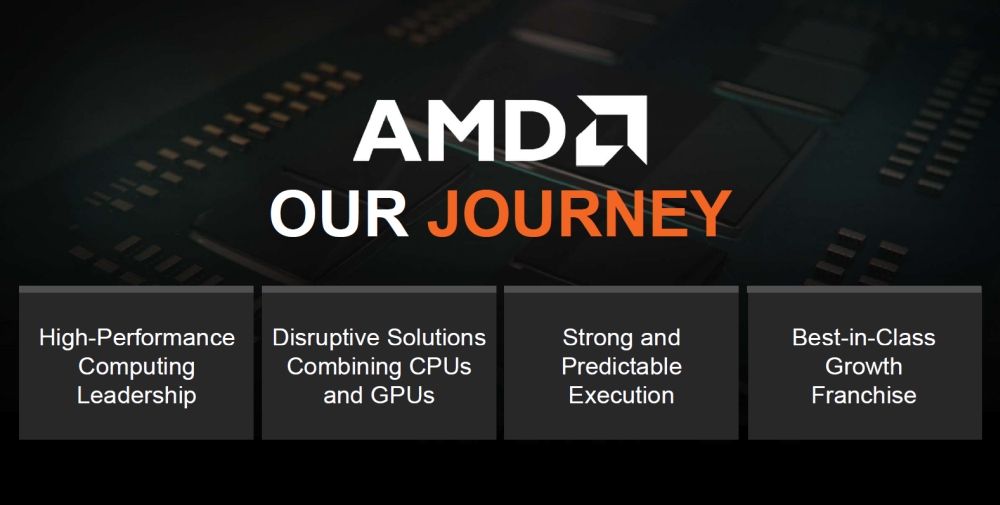 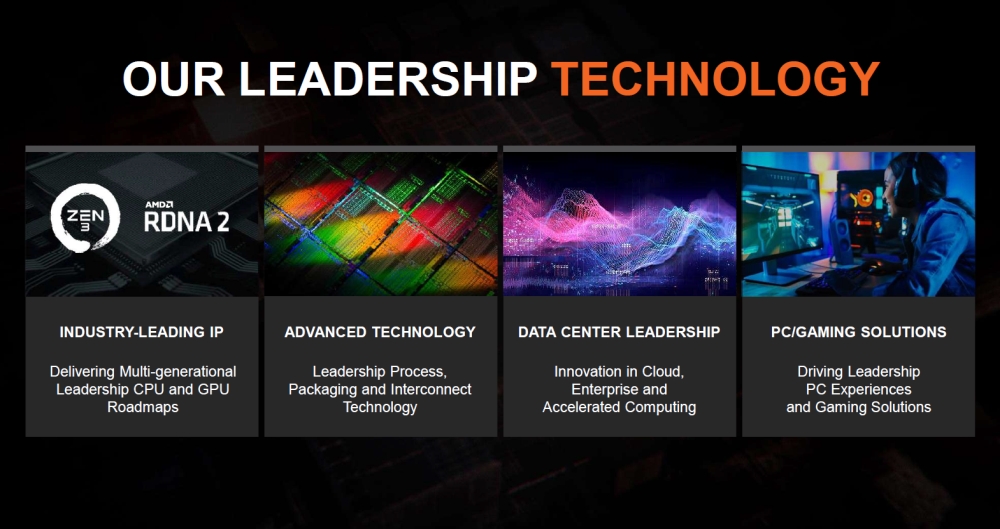 Last modified on 28 January 2021
Rate this item
(4 votes)
Tagged under
More in this category: « Gates is bemused at conspiracy theories Apprenticeships will attract youth into cybersecurity »
back to top