ARM has a new infrastructure roadmap 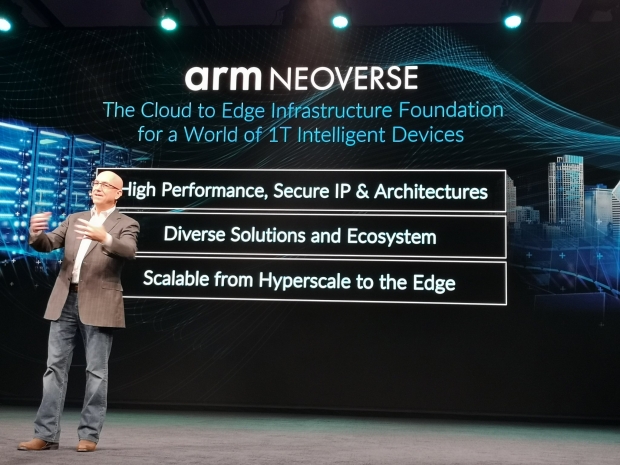 Drew Henry, an SVP and the general manager of the infrastructure line of business at ARM, went on stage at the San Jose ARM Tech 2018 conference and revealed a new roadmap featuring new codenames and plans all the way to 5nm Poseidon core in 2021. It will be branded as Neoverse.

This is s clear distinction from the Client CPU roadmap better known under its Cortex brand and the new platform called Neoverse aims to connect one trillion devices by 2035. The roadmap includes the current generation 16nm - codenamed Cosmos - based on A72 and A75 cores and in 2019 ARM is targeting to release a new 7nm platform coded Ares that should bring approximately 30 percent faster performance and features.

Drew joined ARM a year ago to lead the infrastructure team at the ARM, and had previously C level positions at Micron and Nvidia. He underlined that due to an ARM investment in the open source community, the company wanted to reveal the codenames. At some point, some names might have just popped up if someone looked carefully at the ARM code.

The 7nm Ares will most likely share some DNA with what we know as Cortex A76, that was announced for the client roadmap earlier and that just launched in the Huawei Kirin 980 SoC. That solves the infrastructure problem and connects data center sall the way to edge devices. The roadmap anticipates to get to 7nm next year. 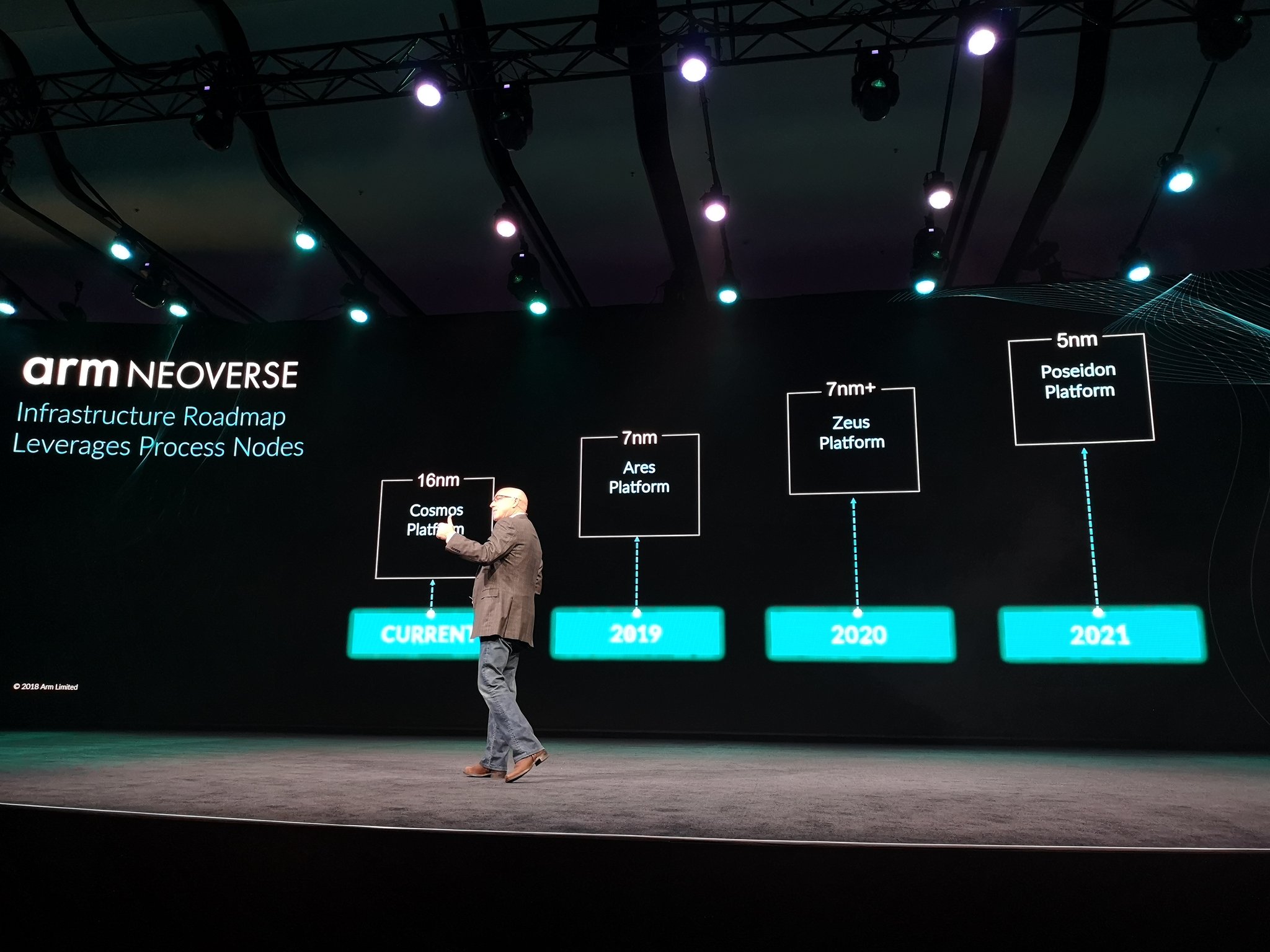 In 2020, ARM plans a Zeus platform at 7+ nm. ARM was asked if this means that the 2020 infrastructure platform will get transistor size smaller than 7nm but ARM was smart in deflecting a concrete answer. ARM will target the best manufacturing process available in 2020, however, the fabs end up branding it.

Zeus 7nm+ is expected to be 30 percent faster compared to 2019 Ares 7nm and new features are expected too.

Last, but not least, in 2021 an Infrastructure specific platform at 5nm will be known under the Poseidon codename. If you haven't already seen the pattern, these codenames are Greek god names.

Ares is the god of war, Zeus was the CEO of all Greek gods, while Poseidon was a god of water, so water cooling is included.

ARM will definitely put a lot of pressure on Intel which is still at 14nm while ARM has at least two major client customers pumping out millions of 7nm chips. The same is expected from infrastructure customers in 2019. Getting smaller than 7nm and essentially to 5nm in 2021 is definitely aggressive and will lead to lower power consumption, higher transistor density and more.features.

Last modified on 17 October 2018
Rate this item
(1 Vote)
Tagged under
More in this category: « Xerox in hot water after Fujifilm court win A simple Windows hack is unfixed a year later »
back to top